In a video that went viral on Thursday, bags purportedly containing the ‘Tirumala laddu’ were distributed as election sops among the voters in a village in Chandragiri mandal of Chittoor district.

The viewers expressed shock on two counts – first, for misusing the sacred ‘prasadam’ as an emotional tool to allure voters, and, secondly, for using the ration delivery vehicles for distributing the ‘prasadam’ at the doorstep of voters.

The incident reportedly happened in Thondawada panchayat, where the voter slips were allegedly distributed along with the cloth bags containing the ‘prasadam’.

Calling themselves as ‘Srivari devotees’ in the video, Uma Reddy and Sridhar Reddy, residents of the panchayat, flayed the ruling party leaders for “playing with the religious sentiments of the devout and misusing the official machinery for their political gain.”

When contacted by the media, Chandragiri tahsildar G.C. Venkateswarlu said he was in the know of the incident, and added that the issue would be probed.

‘Stooping to a new low’

Staff Reporter in Vijayawada writes: Reacting to the incident, TDP national general secretary and MLC N. Lokesh accused the YSRCP leaders of stooping so low as to use the sacred ‘laddu’ for seeking votes in the panchayat elections.

In a statement, he alleged that a large number of ‘laddus’ were distributed along with the voter slips in Thondawada panchayat.

“It is now evident that Chief Minister Y.S. Jagan Mohan Reddy and his party leaders have no respect for the people as well as the Lord,” Mr. Lokesh alleged.

The State Election Commission (SEC) should disqualify the YSRCP-backed candidates for offering ‘Tirumala laddu’ as inducement for the voters, he said, and demanded that cases be booked for violation of the Model Code of Conduct. 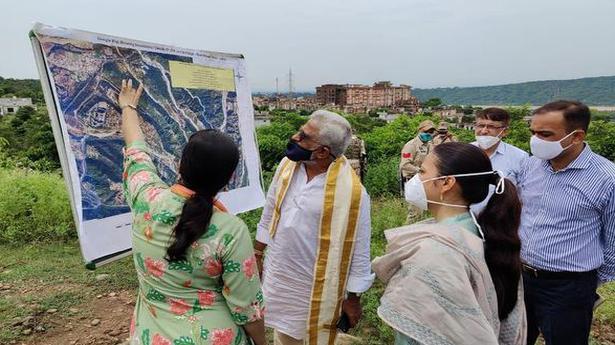 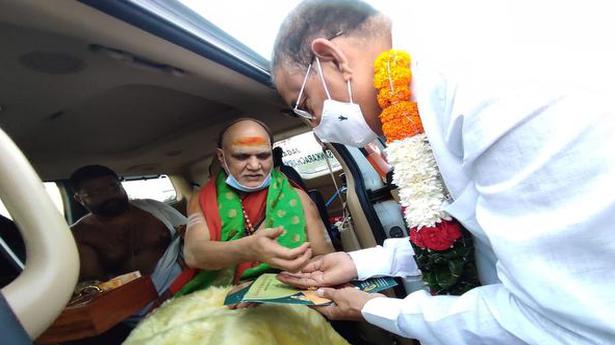