In a rare way of exhibiting their responsibility, residents of Gundlamachanoor village saved government land worth crores of rupees.

Last month, there was a protest in the village in Hatnoora mandal of the district. The villagers cornered the revenue inspector and did not allow him to move out of the panchayat office for about five hours. However, he was “released” after top officials intervened.

The village has over 400 acres of government land in survey number 237 and a part of it . was allotted to a section of people who constructed houses.

However, in a portion, illegal mining was taking place. Some people, also from the same village, eyed about six acres of land in the village adjacent to the water tank. Repeated complaints by the villagers to the officials failed to address the problem. One night, the encroachers used heavy machinery and cleared the ground.

This shocked the villagers and they felt that people are taking advantage of government’s negligence in protecting lands. Except a few people, many started protesting. The villagers said that already houses was constructed in the occupied land.

“The land belongs to tthe government and it has to be protected. There is no objection if the land is allotted the poor as per government norms. But we will not allow it to be occupied by ineligible people,” said a villager who had participated in the agitation.

Intermediate exams may be delayed 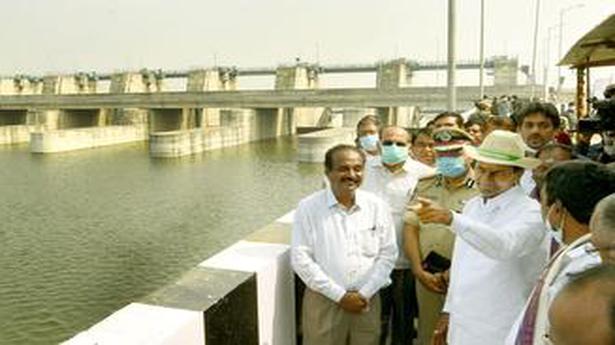