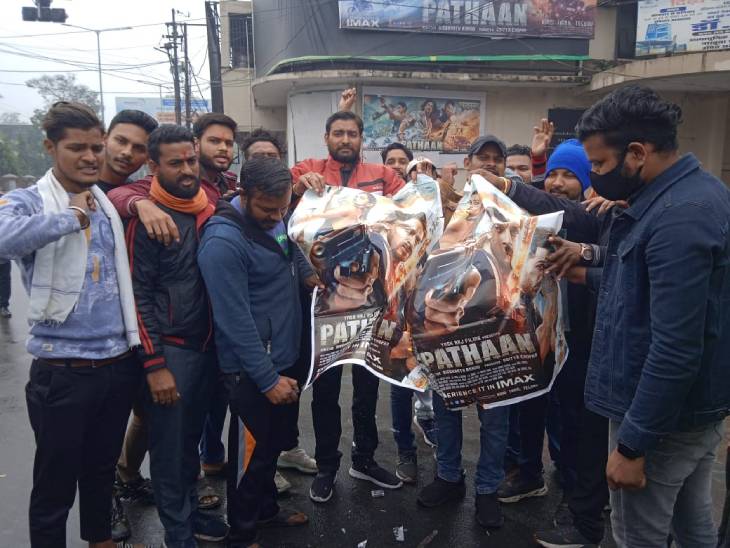 VHP workers burn a poster of the movie Pathan outside a cinema hall in Jhansi.

In Jhansi, despite the huge protest against the film Pathan, the cinema remained houseful. On the first day, on Wednesday, 15 shows were played in two cinemas of the metropolis. Out of this, 11 shows were housefull. The public has liked the film a lot.

In the morning, activists of Vishwa Hindu Parishad protested outside cinema halls by burning posters of the film Pathan, raising slogans. Also demanded the cinema owners not to play the film. The officials said that the sentiments of Hindus have been hurt because of the film.

District President of Vishwa Hindu Parishad Prabhakar Awasthi told that on Wednesday morning the office gathered at Elite Crossroads. Slogans were raised outside Elite Cinema here. After this the workers reached outside the toy cinema. There the workers raised slogans and burnt the posters of the film Pathan. The cinema owners were urged not to play the film. 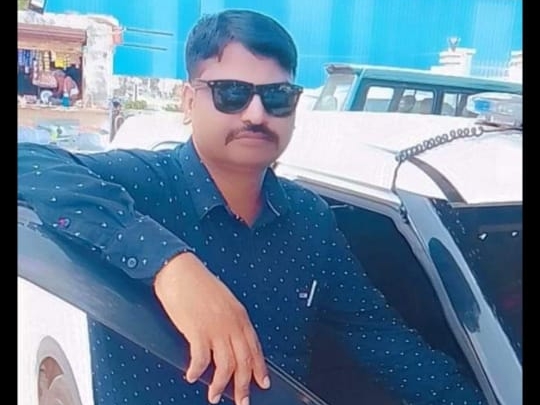 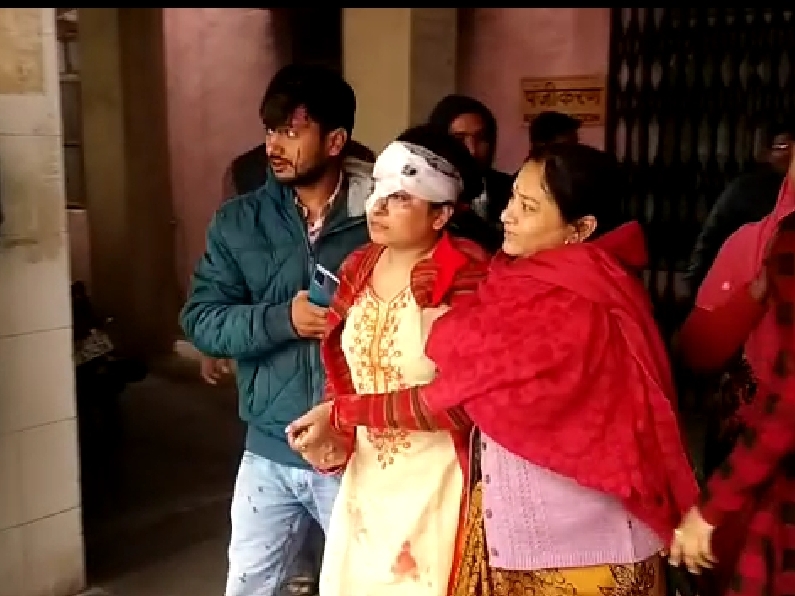 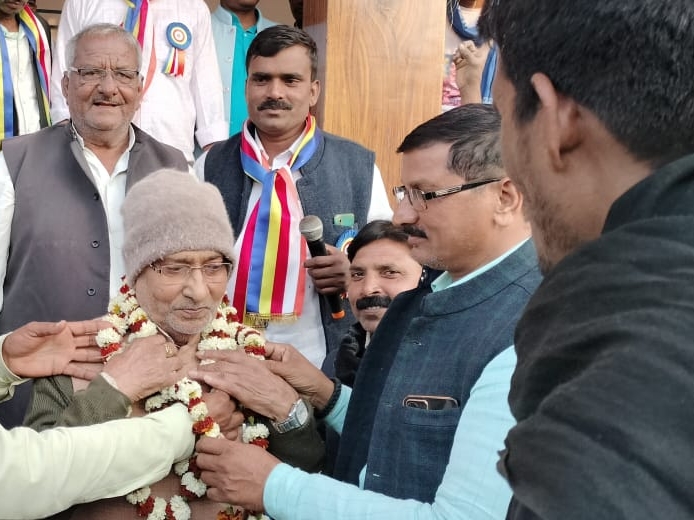