Karnataka
November 22, 2020 Divya Bharat 0 Comments BengaluruAs the controversy over the establishment of the Maratha Development Corporation to help the Maratha community in the state rages, Janata Dal (Secular) leader and former Chief Minister H.D. Kumaraswamy on Sunday said that if at all boards and corporations were set up for communities, Vokkaligas should have been the first to get it.


As the controversy over the establishment of the Maratha Development Corporation rages, Janata Dal (Secular) leader and former Chief Minister H.D. Kumaraswamy on Sunday said that if at all boards and corporations were set up for communities, Vokkaligas should have been the first to get it.

“Bengaluru has a large number of Vokkaliga population who are dependent on land for their livelihood. A large number of them have sacrificed their land for setting up of factories. Contribution of Vokkaligas for the development of the State is huge,” he told presspersons here during a preparatory meeting of the party for the anticipated BBMP council elections.

The demand for a corporation for development of Vokkaligas is the latest after Jains put forth a similar request recently.

This comes in the light of announcement of the formation of development corporations for Kadugollas, Marathas, and Veerashaiva-Lingayat communities in the last couple of months. The Opposition has termed these announcements by the BJP government as those eyeing for votes ahead of bypolls.

“If the State treasury is receiving money in a big way for development, this revenue is coming from Bengaluru. Vokkaligas have given up on their agricultural land for industrial development and they are now working as watchmen in industries, cooks, and cleaners,” Mr. Kumaraswamy added. The former Chief Minister said a large number of Vokkaligas were also living below the poverty line.

“If the concept of authority or board for communities is to be implemented, then Vokkaliga development authority should be the first to be set up,” he said. He, however, said that setting up authorities would not help anyone, but politicians were doing it for grabbing votes of the communities. 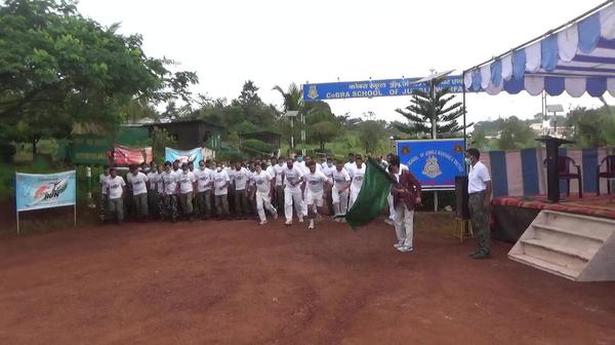 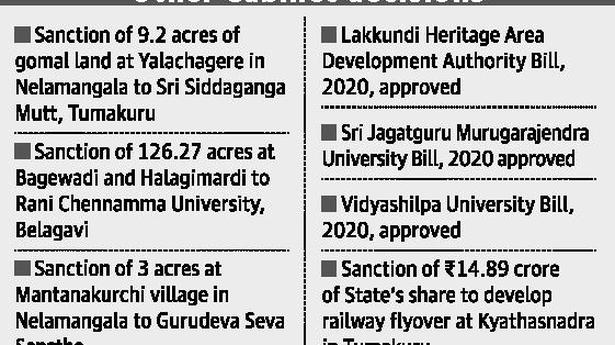