Traveled from Kanpur to Mumbai
The real name of Raju Srivastava is Satya Prakash Srivastava. He was born on 25 December 1963 in Nayapurwa, Kanpur. He entered the world of comedy in 1993. In 1980, he left home and went from Kanpur to Mumbai. They were told by the neighbors that they had gone shouting that now I will return only after earning a name.

father was also a poet of humor
Raju’s father Ramesh Chandra Srivastava alias Balai Kaka was a great poet of humour. He used to accompany them to events also. He had decided to become a comedian in his childhood. His ancestral residence in Kanpur is known as Kaka Kothi. His mother’s name was Saraswati Srivastava. Both have passed away.

Raju Srivastava was at number 4 out of seven siblings. His father was a poet. Even today his ancestral residence is in Nayapurwa. The family members live there. On 17 May 1993, he was married to Shikha Srivastava, a resident of Etawah. They have a son Ayushmann Srivastava (Student and Sitar player) and a daughter Antara Srivastava (Assistant Director).

Had to drive an auto to live in Mumbai
After a few days in Mumbai, when the money ran out, he started driving an auto. His friend Shyam Shukla told that he got the first standup comedy show in the auto itself. For this he got 50 rupees. He is considered to be the originator of standup comedy in the country.

After Raju Srivastava suffered a heart attack, this picture became very viral on social media. Fans had expressed concern about his health.

Before joining films, Raju Srivastava was a part of DD National’s famous show Tea Time Manoranjan. From here he never looked back. Raju did comedy on Gajodhar character for the first time in The Great Indian Laughter Show which started in 2005. People liked it very much. Raju made people laugh a lot through characters like Gajodhar, Sankatha, Birju.

Raju in a blue shirt during a performance at DD National’s show Tea Time Manoranjan.

Entry in Bollywood with Tezaab movie
Raju started his acting career in Bollywood with the film Tezaab, which was released in 1988. After this he played important role in many movies like Maine Pyar Kiya, Baazigar, Aamni Athani Kharcha Rupi, Big Brother, Bombay to Goa etc. He acted in a total of 16 movies and 14 TV shows.

Big name earned from comedy
Raju achieved his greatest success with The Great Indian Laughter Challenge, a stand-up comedy show. In which he was the second runner-up. He has also worked in many shows including other TV serials like Shaktimaan, Bigg Boss, Comedy Ka Maha Muqaaq, Comedy Circus, Comedy Nights with Kapil.

Tried hand in politics too
Raju earned a lot of name in politics along with acting. At present, the BJP government has the status of a minister of state. He is from U.P. He is the Chairman of the Film Development Council. Former Chief Minister of UP
Akhilesh Yadav had fielded him from the Kanpur Lok Sabha seat in the 2014 Lok Sabha elections.

ticket was returned
Raju returned the ticket on 11 March 2014 and said that he did not get enough support from the local units of the party. After which he was on 19 March 2014.
Joined the Bharatiya Janata Party. On the other hand, Raju Srivastava had prepared the mosquito chalisa, due to which he had to face severe criticism by Hindu fundamentalists.

Know here what happened when?

On August 10, Raju had a heart attack in Delhi.

Raju’s PRO Garvit Narang said, “Raju Srivastava had come to Delhi to meet Home Minister Amit Shah and BJP National President JP Nadda. The time for their meeting was fixed. He stayed in the hotel. After staying for a while in the room, he went to the gym on Wednesday morning. That’s where the heart attack came. In the evening of the same day, doctors performed angioplasty on him, but his brain was not responding. Pulse was also between 60-65.”

Former MLA from Kanpur Satish Nigam had also reached AIIMS to know about Raju’s condition. Unnao Sadar MLA Pankaj Gupta inquired about his condition over the phone. His updates were being taken continuously from the PMO and the Chief Minister’s Office.

Raju Srivastava had acted in a total of 16 films and 14 TV shows.

August 13 – Big B sent a message for Raju

Amitabh Bachchan i.e. Big B had sent a special audio message to Raju Srivastava. In this, Amitabh is saying – get up Raju, enough has happened, there is still a lot of work to be done. Get up now… Teach us all to laugh.” This recording was narrated to Raju.

August 17 – The tales of Gajodhar-Sankatha were narrated

Raju’s brother and comedian Deepu Srivastava said, “Bhaiya’s recovery was slow. Therefore, recorded audio messages of the family were narrated to Bhaiya. He was also told tales of Gajodhar and Sankatha, in his own voice.

This picture is from the Laughter Challenge show. Raju Srivastava became very famous through this show.

This picture is from Thursday. In Kanpur, Raju’s younger brother Kaju’s wife Shreya and niece Tanu planted a sapling at the Sankat Mochan temple and wished Raju a speedy recovery.

Fans had arrived to meet from all over the country

Raju’s elder brother told- “Raju’s loved ones from all over the country had reached Delhi AIIMS to meet him. No infection spread, so everyone’s entry in the ICU was stopped on the consent of the relatives. I met Raju and wished him a speedy recovery.

The family had appealed not to spread rumors

Rumors of Raju Srivastava’s death arose on Saturday morning, which was dismissed by the family. Wife Shikha performed Ardas with the family at a Gurudwara in Delhi. The family appealed not to pay attention to the fake news spreading on social media.

These celebrities have taken health information

This picture is of Raju Srivastava’s ancestral house located in Nayapurwa, Kanpur.

Raju Srivastava’s brain is not responding: Amitabh Bachchan’s voice is being heard to bring him to his senses, milk is being given from the pipe

Raju Srivastava removed from ventilator for an hour: may be completely removed tomorrow; Entry of relatives in ICU closed due to fever

Raju Srivastava’s brain is not getting oxygen: The doctor said – it will take time to respond to the brain, the organ is working fully 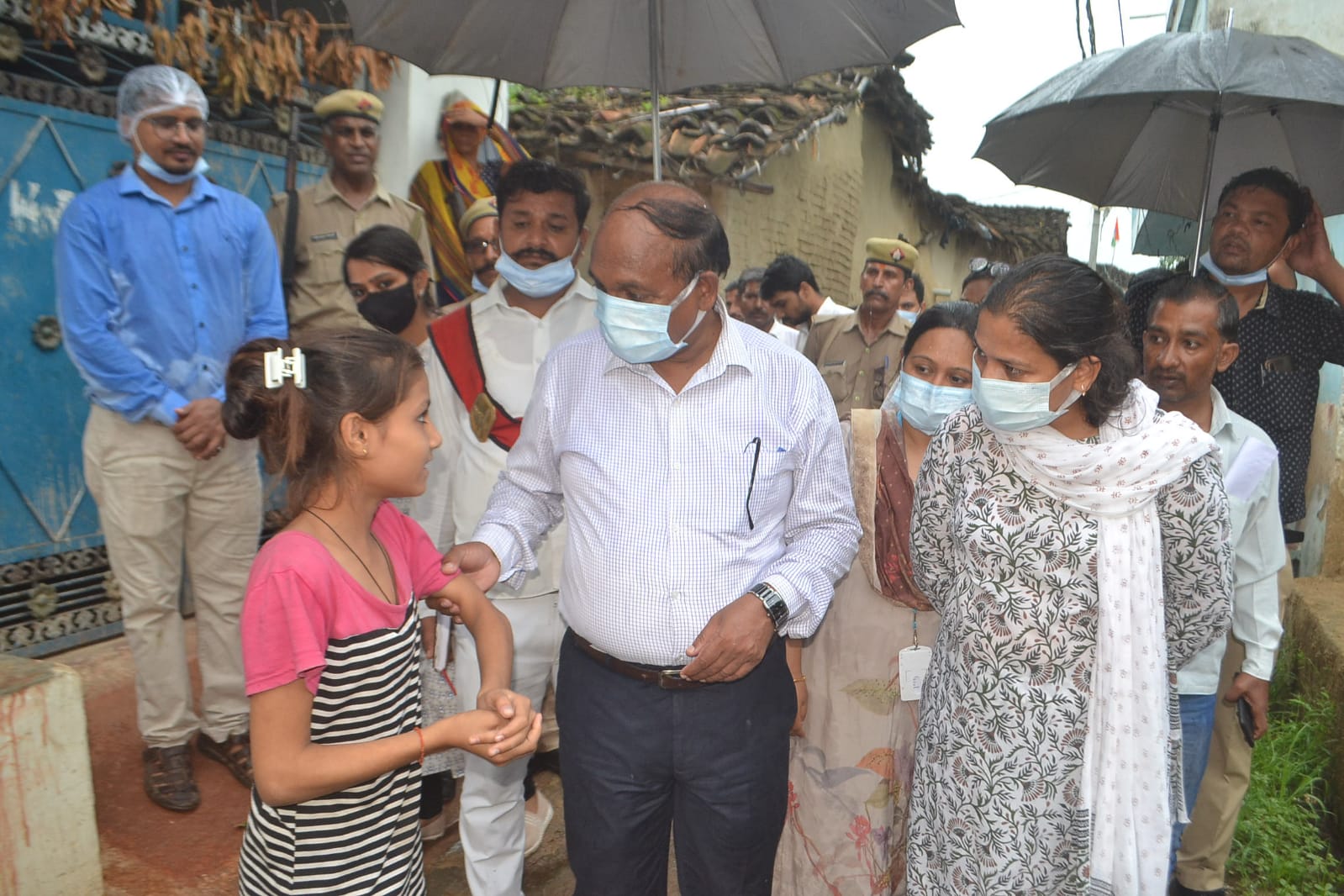 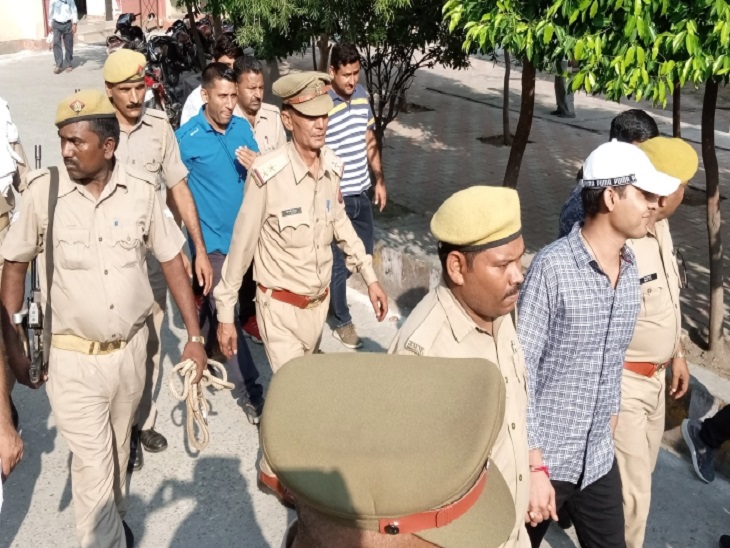 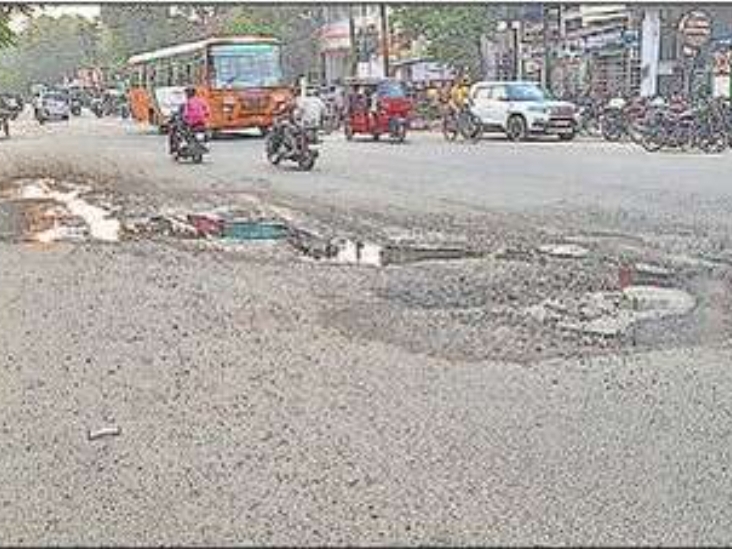