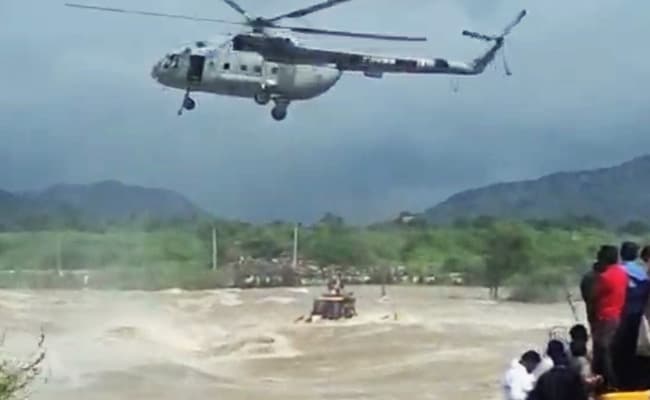 Andhra Pradesh Rain: A man can be seen using a zipline after which he is rescued by IAF helicopter.

In scenes that could easily be mistaken for an action blockbuster, the Indian Air Force conducted a daring rescue operation yesterday to save the lives of ten people who were stranded after heavy rainfall in Andhra Pradesh.

A dramatic video of the winching operation shows men clinging to a JCB earthmover as the violent waters of a river swirl dangerously around after incessant downpour.

A man can be seen using a zipline after which he is rescued by IAF’s Mi-17 helicopter while others wait, hoping to be rescued.

The rescue was a stunning display of bravery as rain fury unfolds in Andhra Pradesh where 17 people have been reported dead and over 100 are missing after floods.

Many people have been reported to be stuck in various areas. National and state disaster relief teams have been deployed to handle the situation and rescue operations are in full swing.

Prime Minister Narendra Modi spoke to Chief Minister Y S Jagan Mohan Reddy over phone yesterday and inquired about the situation in the state. Today, the Chief Minister will undertake an aerial survey of the flood-hit districts, his office said. 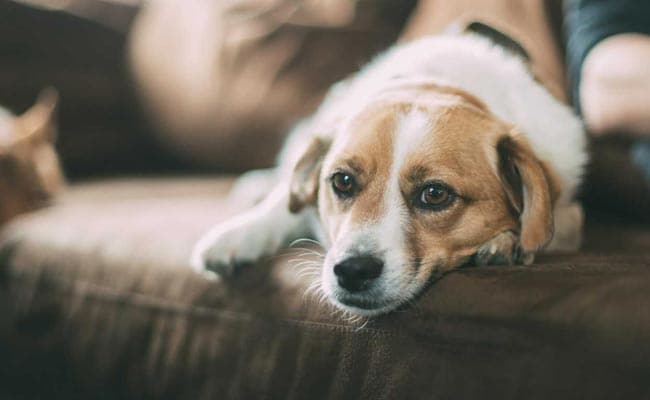