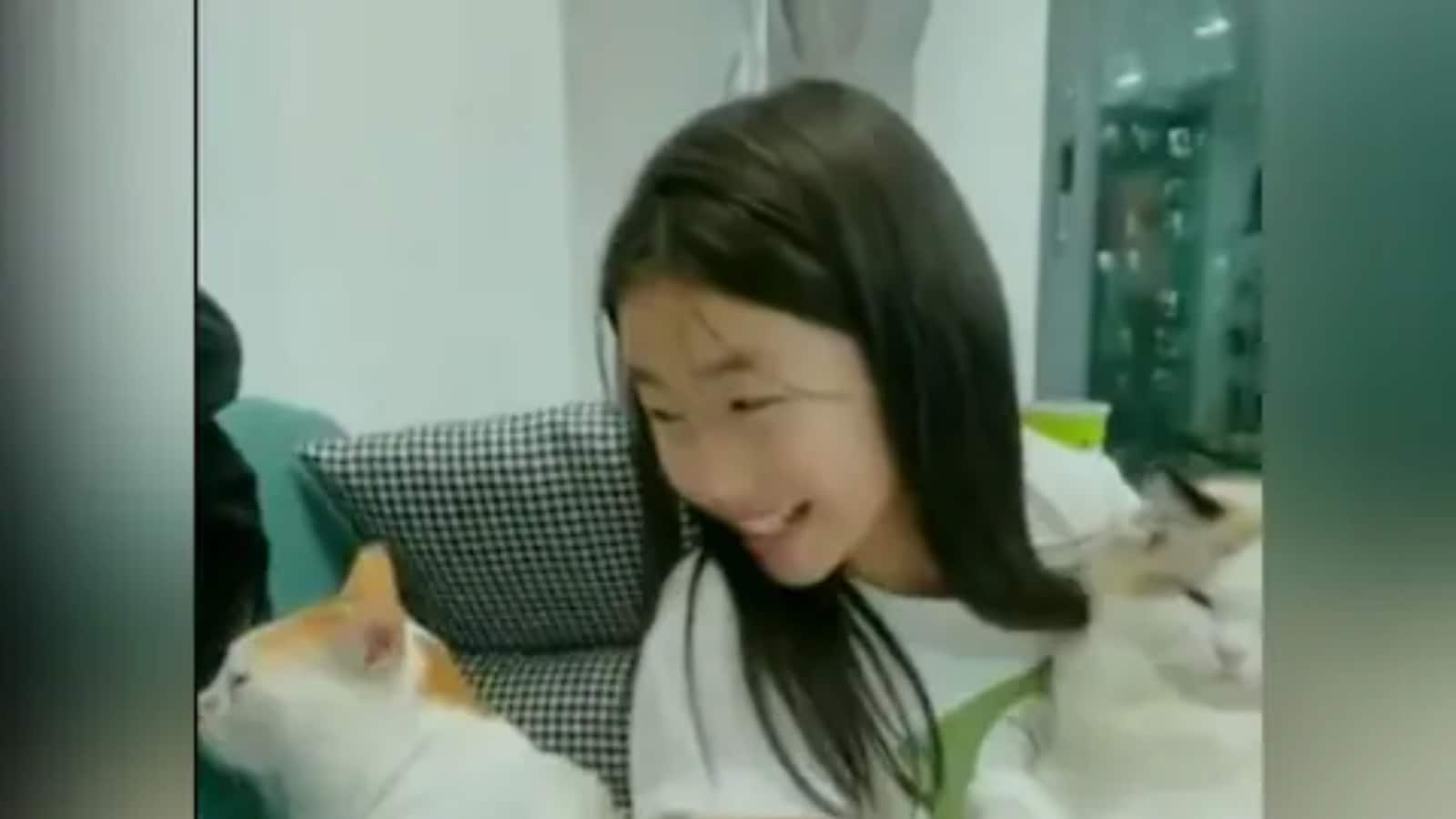 
Those who believe animals don’t have emotions are lying. Since animals cannot vocalise their feelings, they show their emotions through gestures. Take, for example, a baby. Babies express themselves through babbling or crying. When two toddlers are in the house, it is often seen that either one of them feels jealous when their mama gives attention to the second child.

Similar to babies, animals also harbour jealousy when their owner shows affection to any other animal other than them. This viral video proves the above statement perfectly.

Uploaded on Twitter by an account named Yog, the adorable video depicts a cat jealous of its owner for stroking another feline. Giving voice to the jealous cat, the quirky caption read, “Sure, cuddle with him all you want, I don’t even care…”

Sure, cuddle with him all you want, I don’t even care…🐈🐾😏😅 pic.twitter.com/hXCA4dCV4L

The now-viral video reveals a girl, caressing a cat in her arms. However, what left the Internet bursting into laughter was the reaction of the other cat. The second feline, presumably another pet of the woman, was so jealous that it faced the other way. It refused to look at its owner, who seemed to betray it by petting the other cat.

The girl couldn’t help herself from chuckling at the cat’s resentment. When she called out to the envious feline, it didn’t even bother to scoot closer to its owner. Instead, the jealous cat turned its back to the camera, facing the couch.

Netizens have showered their reactions to this hilarious video by taking to Twitter’s comment section. While one user wrote, “Please give him a hug!! Now!” another commented, “Hahaha, aaawwwwww! My heart breaks for him. Give kitty some lovins!”

Hahaha, aaawwwwww! My heart breaks for him 🥺 Give kitty some lovins!

Some Twitteratis have also added other similar jealous cat videos to support the evidence that animals do get jealous. The video has mustered above 399.1k views, collecting 25.3k likes and counting.