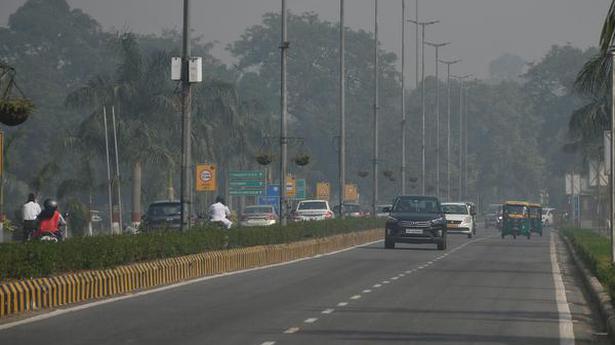 
A fresh western disturbance is likely to increase the wind speed and improve the air quality in Delhi-NCR post Diwali, according to the India Meteorological Department.

Light rain is likely on Sunday under the influence of a western disturbance. It is still to be seen if it is enough to wash away pollutants, Kuldeep Srivastava, the head of the IMD’s regional forecasting centre said.

“However, Delhi-NCR’s air quality is likely to improve post Diwali due to an increase in the wind speed. On Sunday, the maximum wind speed is expected to be around 12 to 15 kilometers per hour,” he said.

V. K. Soni, the head of the IMD’s environment research centre, said calm winds and firecrackers emissions may push the air quality to the “severe” zone on Diwali night.

The wind speed is expected to pick up thereafter and the wind direction will be east-southeasterly, he said.

There will be a significant improvement in air quality by November 16, Mr. Soni said.

The IMD said the western disturbance will trigger “scattered to fairly widespread” precipitation over Jammu and Kashmir, Ladakh, Himachal Pradesh; and isolated rainfall over Uttarakhand and the plains of northwest India on November 15 and 16.

The minimum temperature is expected to increase in northwest India by two to three degrees Celsius in the next few days.

The mercury will dip after the western disturbance withdraws from the region.

Coronavirus | COVID-19 vaccine likely to be free for the poor Ration supply only with mobile OTP, IRIS authentication from Feb. 1