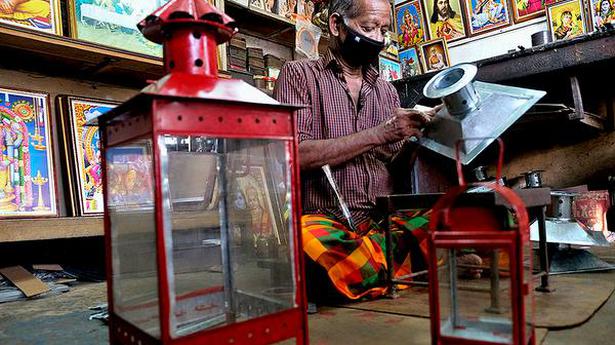 Kerosene lamps are used to draw shrimps into the net at the harvest time.

Lighting technology has evolved rapidly over the years. Who remembers bee wax, and fish and vegetable oil lamps? The technology to light up our lives has evolved through gas lamps, incandescent bulbs and compact fluorescent lamps. And LED lighting systems hold the sway now.

But there are still fans of the old kerosene lamps around us, who deploy them for a rich shrimp harvest in the pokkali paddies of coastal Kerala mostly between the months of October and May in the one paddy-one-fish cycle.

Bright light attracts shrimp into the paddies from the wild when the sluice gates are opened. These lights are also used to draw shrimps into the net at the harvest time, says M.K. Radhakrishnan, 56, from Edavanakkad, who has been making these lamps for as long as he can remember.

He says that the season has just begun and there is some demand even now despite a lot of different types of lighting systems being available in the market. The pokkali shrimp season is just opening up with farmers having carried out the pond preparations in most of the places in the coastal areas like Chellanam, Edavanakkad, Varappuzha, Paravoor, Ezhikkara, Poothotta and Kodungalloor.

K.C. Joseph, 67, works out of his shop at Njarakkal where he began to make kerosene lamps in the early 1970s. There is still a belief that shrimps only come drawn by these kerosene lamps, he says with a tinge of laughter in his lips. There are all sorts of lamps around now, especially solar lamps, he says.

But the old charm persists though Mr. Joseph makes them only in his spare time as the lamps take a lot of time for fabrication, which is all done by hand. No machine work, he emphasises. He repairs gas stoves, electrical contraptions and does all kinds of utility jobs out of his shop.

The lamps used by shrimp farmers and the ones being fabricated by craftsmen like him and Mr. Radhakrishnan is a traditional variation of the old hurricane lamp. In Malayalam, it is descriptively called ‘Koodu vilakku’ or a lamp in a nest. The base of the standard, 18-inch version is glass; so are the lamp protected on all its vertical sides by clear glass, which helps radiate the kerosene lamp light, says Mr. Radhakrishnan.

There is a burner, which holds the wick, a knob to adjust the length of wick as well as a fuel chamber and opening on top which acts as the exhaust.

Being of a traditional nature in design and fuel, the lamps, which are now being fabricated in various sizes, have drawn the attention of interior decorators. Mr. Radhakrishnan says that some of the lamps have been ordered for those who decorate stages and podiums for various social functions like marriage.

Bhatti to visit govt. hospitals in all districts 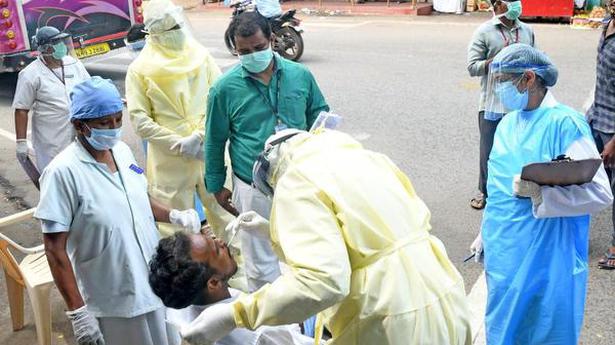 High prevalence of diabetes is main cause of COVID-19 deaths in Puducherry, health official says