Why have governments closed off beaches during the corona pandemic? Because “the science” tells them corona comes in waves. This ‘joke’ is disturbingly close to the scientific depth of many government directives on Covid-19. The pandemic is grave but harsh lockdowns have lacked historical perspective, balance and proportionality. Last year, more people died from each of five additional causes, including 2.96 million dead from flu and pneumonia, than the 1.83 million dead with Covid-19 (3% of total). The key question is: What’s the acceptable level of mortality risk relative to the damage to society, economy and the poor from lockdowns?

Without one community transmission of coronavirus in West Australia for 10 months, Perth’s 2 million people were locked down for five days because one man tested positive in January. Columnists  justified the lockdown because it was “a virulent variant of Covid-19”. Yet he didn’t require hospitalisation, roamed across several neighbourhoods for days yet didn’t infect anyone else. Critics of the excesses of lockdown fetishism are attacked as callous. A favourite trope to deflect from lack of scientific justification is to say critics are “granny killers”. Anyone having Christmas dinner with Grandma risked burying her in the new year, they warned. Sceptics are challenged to look Covid-19 patients in the eyes.

A current confronting ad by the UK government shows a graphic image of Covid sufferers with the tag line: “Look her in the eyes and tell her the risk isn’t real.” It ends with “look them in the eyes and tell them you’re doing all you can to stop the spread of Covid-19.” On January 29, authorities revealed that nearly half the total 2,20,000 deaths were from non-Covid causes such as cancelled operations. A matching shameless emotional manipulation would be to counter with: “Look her in the eyes and tell her why her Mum’s cancer wasn’t caught early enough or why her Dad committed suicide.” Both are equally contemptible.

Two reports vividly demonstrate state culpability in lockdown deaths. New York’s current Covid mortality rate of 2,343 deaths per million people is among the world’s worst; the world average is 305 and US average 1,462. Governor Andrew Cuomo won an Emmy Award for his press conference performances through the Year of Living Dangerously with Covid-19, constantly deflecting blame to the Bad Orange Man in the White House. Now that Trump is out, Cuomo’s record is getting overdue scrutiny. In a searing 76-page report, his own attorney general Leticia James pins the blame for thousands of deaths of elderly residents in New York care homes on Cuomo’s order on March 25 to shift patients out of hospitals into care homes, which became the mother of all super-spreaders. In response, Cuomo shrugged: “But who cares? 33%. 28%. Died in a hospital. Died in a nursing home. They died.”

The evidence of the harm done to the vulnerable by lockdowns is overwhelming. This was brought home in a stark report from Amnesty International on the UK debacle which said that residents of care homes had been treated as “expendable”. Amnesty’s Donatella Rovera demanded that “those responsible for such disastrous decisions are held accountable.” The ‘liberal’ press mostly ignored the report in an embarrassed conspiracy of silence. There’s also the case of Captain Tom Moore who inspirationally walked laps in his own garden to raise £33 million for the National Health Service. Moore died recently aged 100. Initial indications are he returned from holiday in Barbados, contracted pneumonia, tested negative for Covid when hospitalised, got infected in hospital and died. Under UK rules, cause of death is Covid. His case illustrates the brutal reality of nosocomial deaths, with significant numbers being fatally infected with Covid in hospitals.

PS: What on earth did the MEA think it was doing responding to international celebrity tweets to give them more oxygen? No sensible person would take seriously the musings of a teenage school dropout and a pop singer on the complex issue of India’s agricultural policies. FIRs against MPs and senior journalists will cause far more damage to Brand India than celebrity tweets. 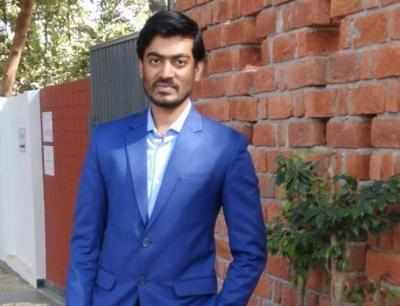 Indigenous people and nature: A tradition of conservation To believe or not?