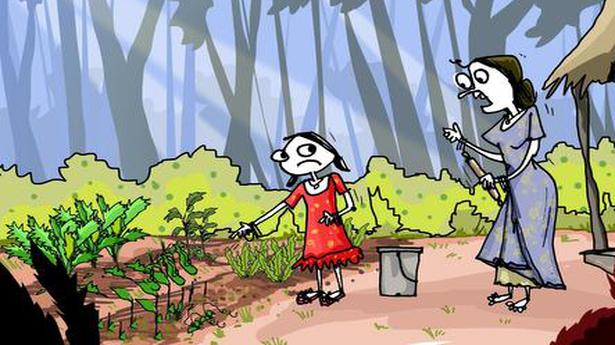 
“Ma!” Bindya’s shriek made her mother jump and drop the chapati she was baking on the wood fire in their tiny hut at the edge of the big forest.

Blowing specks of grey wood ash off the ill-fated chapati, she hurried outside. Bindya was standing with hands on hips, peering into her vegetable patch.

“Look!” Bindya pointed to the carrots, tomatoes, radish and peas she had grown.

Her mother’s eyes narrowed. “What happened to all the peas?”

“That’s what I want to know!” said Bindya, glaring at Pooch, as the black dog wagged its tail.

“It must be the bandicoots,” shrugged her mother. As if on cue, Pooch pounced on the hole. Bindya tugged, but the dog’s fore limbs worked fast, as she dug deeper. “You’ll kill them,” Bindya gave a hard tug and they both fell over backwards. “Here, take this. Consider it your lucky day,” said Bindya, as she took the chapati from her mother and offered it to Pooch.

“Allow her to sink her teeth into those pesky bandicoots, that would be Pooch’s luck day!” chuckled her mother.

But Bindya wouldn’t hear of that. She hadn’t told anyone that she’d secretly named the two bandicoots Sun and Shade. And nobody sunk their teeth into Bindya’s friends. Not even Pooch.

“Will you let me make breakfast?” thundered her mother and rushed out. Bindya was peering at a hoof-like mark. “It’s probably a goat,” she said to her daughter.

But Bindya knew goats didn’t wander about the village after dark. And, in the day time, no goat could get past Pooch. So that night, after everyone went to sleep, Bindya slipped out and waited by her vegetable patch. It was dark, and the howling jackals made her jump, but Bindya didn’t give up. She had to find out who the visitor was.

Suddenly, she heard crunching and munching noises and realised she’d dozed off. She rubbed her eyes and saw the most beautiful sight she’d ever seen. A fawn was munching on green peas. Its white spots sparkled in the moonlight like diamonds in sand.

The next morning, when her parents awoke, they were surprised to find Bindya working in her vegetable garden.

“Ma, Papa,” said Bindya. “May I have some more vegetable seeds to plant?”

Puzzled, her mother asked, “Why do you want to plant more vegetables for someone else’s goats to eat?”

Bindya smiled, but didn’t tell them about what she’d seen. She scratched her head as she thought of a name. Moonbeam! The spotted deer was as pretty and gentle as a moonbeam.

Bindya hoped her little vegetable garden would be able to feed many more hungry wild animals who came to their village at night in search of food. If they found food in her garden, they wouldn’t go elsewhere. And the angry villagers wouldn’t be hurt or hunt the wild animals. 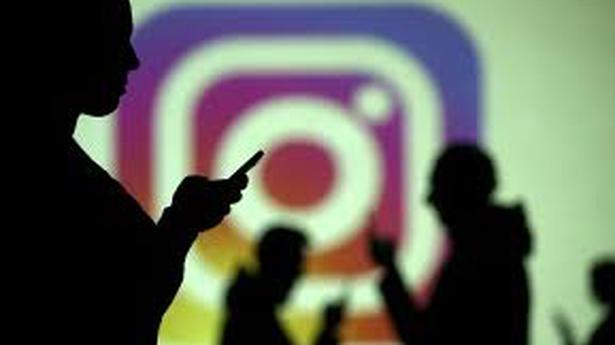