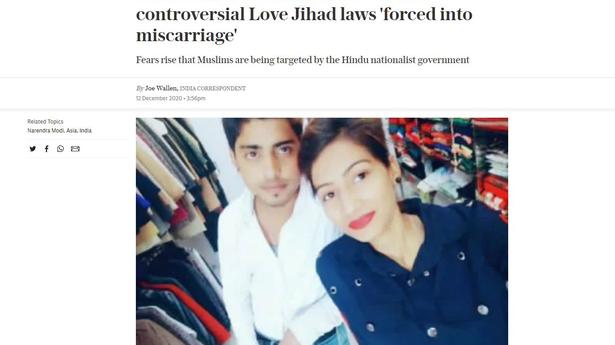 U.K.’s “The Telegraph” newspaper had reported she was forced to terminate pregnancy.

A 22-year-old Hindu woman whose alleged husband, a Muslim man, was arrested by the Moradabad police last week under the new unlawful conversion ordinance, was admitted to a hospital after complaining of abdomen pain, but was discharged on Sunday, an official said.

The woman, identified as Pinki, who was lodged at the Nari Niketan centre, a government women’s shelter home, is three months pregnant.

District probation officer, Moradabad, Rajesh Chandra Gupta denied reports in the Telegraph UK’s website quoting Ms. Pinki’s in-laws as saying she had told that she was forced into a miscarriage.

Mr. Gupta told The Hindu that the woman had complained of abdominal pain two days ago and was admitted to the district women’s hospital.

“On December 13 at 11:05 a.m., she was discharged from hospital. [She is] in full normal health. Her pregnancy is intact,” Mr. Gupta said. All reports of the girl having a miscarriage “are fake,” he claimed.

However, this could not be independently verified from Ms. Pinki’s family or from her.

A neighbour of her in-laws in Kanth, Moradabad, said the family would visit Ms. Pinki on Monday at the Nari Niketan centre.

Mr. Gupta claimed the girl was not facing any other issues. “She has no problems. This morning I had even gone to meet her,” he said.

While Mr. Gupta said Ms Pinki could not go home till a magistrate decides on her case, Vidya Sagar Mishra, SP Rural Moradabad, claimed that she was being kept at the shelter home as she did not want to go back to her family. “We cannot force her…also from security point of view,” the officer said on Thursday.

Her husband, identified as Rashid, and his brother were arrested by the police under the Uttar Pradesh Prohibition of Unlawful Conversion of Religion Ordinance, 2020 on December 5, allegedly based on a complaint lodged by Ms. Pinki’s mother. The complaint said Mr. Rashid had induced Ms. Pinki into marriage and converted her under the garb of providing her a job, the police said.

However, according to Mr Rashid, he has been been living with Ms Pinki for the past few months; the couple have known each other for two years. Ms. Pinki said the two had got married on July 24 in Dehradun.

The FIR was lodged under Sections 3 and 5 of the new ordinance against unlawful conversion. At the tehsil office, Ms. Pinki was also heckled and humiliated by members of a right-wing group. 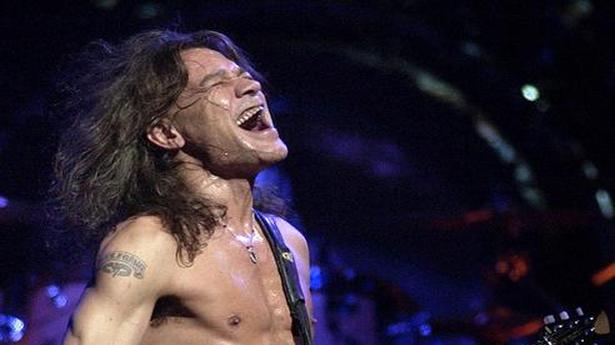 Bypoll for Council seat on March 15