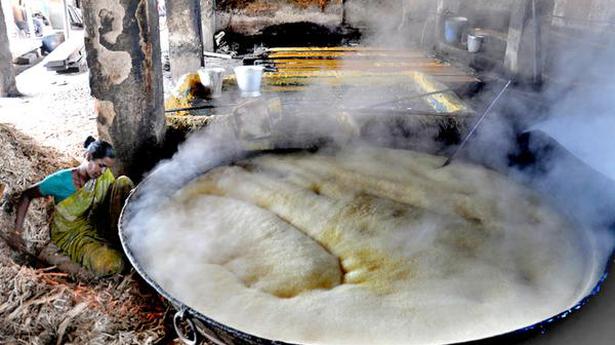 Karnataka
January 31, 2021 Divya Bharat 0 Comments Will Mandya’s jaggery make it to the PDS?


Amid being chosen in ‘One District, One Product programme, a Centre-sponsored initiative for micro food processing enterprises, plans are now afoot to supply jaggery produced in Mandya, the sugar bowl of Karnataka, through the public distribution system (PDS) under which beneficiaries get subsidised foodgrain.

As a support to the ‘Alemanes’ or the jaggery-producing units that manufacture nearly one lakh tonnes of jaggery in Mandya annually, district in-charge Minister Narayana Gowda urged Chief Minister B.S. Yediyurappa to bring Mandya jaggery under the PDS, making it available to beneficiaries across the State at fair price shops at a subsidised cost. A response from the CM is awaited and the proposal is expected to be discussed in the Cabinet before a decision is taken.

Mandya has around 591 alemanes in sugarcane producing areas.

Sources in the Agriculture Department said Mandya has the highest number of jaggery units in the State. Sugarcane is cultivated in 42,500 hectares in Mandya and nearly 45 lakh tonnes of sugarcane was produced annually.

Under ‘One District, One Product’ of Atmanirbhar Bharat, steps have been taken to rejuvenate existing jaggery units and encourage setting up of new ones, giving financial support to those coming forward to be part of the programme. Financial and technical support was being offered to micro food processing units under Atmanirbhar.

Each jaggery unit can expect a loan ranging from ₹5-10 lakh. Plans are also afoot to raise a sum of ₹25-30 crore loan to help the units.

Mandya Joint Director of Agriculture Chandrashekar told The Hindu that the application format for seeking financial aid for the modernisation of alemanes was uploaded three days ago. The same will be communicated to the units, who can seek loans according to their requirements by submitting the applications online.

On learning about the project, many units and food processing organisations (FPOs) are making enquiries to avail of the benefit and are keen to produce organic jaggery. Hopefully, all of them may make use of the funds, rejuvenate and set up new units, improving jaggery production, he said.

“The focus is on improving their income and the proposal for its inclusion in PDS is one such step,” Mr. Chandrashekar said. The thrust is on alemane operators to switch over to chemical-free jaggery production by adopting latest technologies.

At a meeting in Mandya recently, attended by the Mr. Narayana Gowda, Minister for Cooperation S.T. Somashekar, Mandya MP Sumalatha Ambareesh, and others, the district officials said chemical-free jaggery production will help farmers improve their income besides increasing the chances of their product identified for exports.

Ms. Symalatha sought brand building and promotion of organic jaggery produced in Mandya. She suggested production of export-quality jaggery to expand the market for the product.

Sources said nearly 6 to 7 lakh tonnes of sugarcane produced in Mandya goes toward jaggery making. Around one quintal of jaggery was produced crushing one tonne of sugarcane. 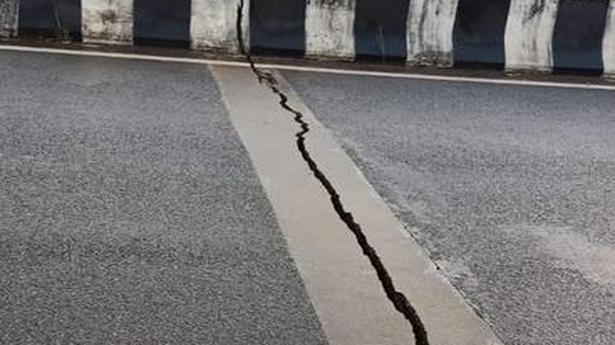 Khandre welcomes foundation stone for Anubhava Mantapa, but says it is aimed at influencing bypolls