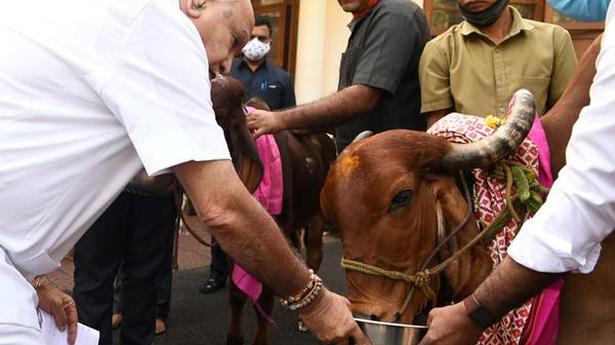 This will, however, depend on what happens in the Legislative Council session, which has been reconvened for a day on Tuesday. The Council may take up the matter. The decision to this effect was taken late on Friday evening.

The Karnataka Prevention of Slaughter and Preservation of Cattle Bill, 2020,was passed in the Assembly on Wednesday. Though the Bill was listed in the Legislative Council’s agenda on Thursday, the ruling BJP did not introduce it before the House was adjourned sine die by Chairman K. Prathapchandra Shetty.

Earlier on Friday, a BJP delegation led by House leader and Minister for Muzrai and Fisheries Kota Srinivas Poojary called on Governor Vajubhai R. Vala and urged him to direct the Council Chairman to convene the session either on Tuesday or Wednesday to enable the government to pass the anti-cow slaughter Bill.

The day saw the Chief Minister performing gau pooja at his residence ‘Cauvery’ and told presspersons that an Ordinance would be promulgated banning cow slaughter.

He said, “We have petitioned the Governor. The Council Chairman has no right to abruptly adjourn the House sine die the way he did. The Council Chairman was there when it was decided in the Business Advisory Committee to conduct the session till Tuesday or Wednesday,” the Chief Minister contended.

“The whole world knows that cows are revered in the Hindu dharma. In India, which is agrarian, animal husbandry is a source of livelihood for farmers and cattle are used in farming activities. In this backdrop, cows are considered as an asset in the Indian culture,” he said.

He claimed that “90% of the people are happy with the Bill” and that it was a promise made in the BJP manifesto.

As per the Bill, cow slaughter will attract imprisonment of up to seven years and a fine of up to ₹10 lakh. “There is a provision to set up special courts, protection for those who protect cows, and there is a ban on inter-State movement of cows,” he said. 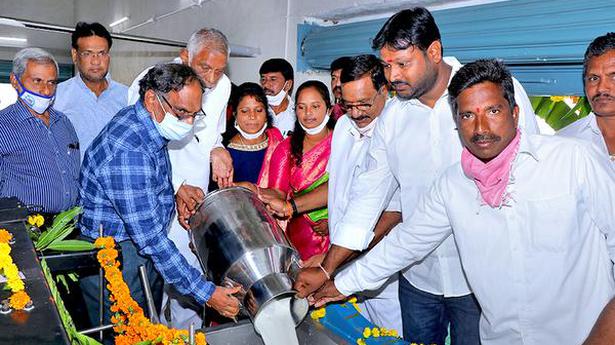 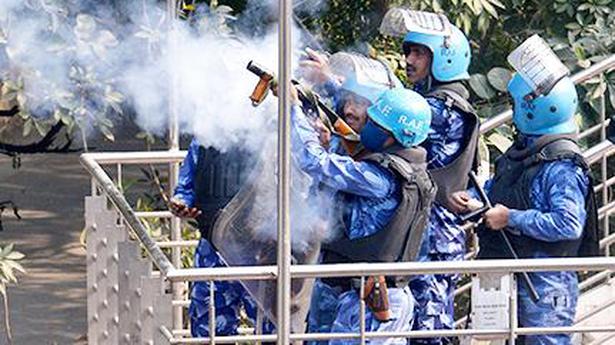