Residents of layouts on the stretch want government to intervene, now that a clean-up drive is on

Is there a solution in sight to the problem of non-functioning street lights on the Outer Ring Road (ORR), which is undergoing a major clean-up drive, clearing all piled-up debris since the past few days?

The street lights never functioned on a regular basis since the formation of the 42-km-long road. After the National Highways took over the road, they mostly remained non-functional in most stretches of the busy road barring the Dasara festivities.

Despite several warnings to the MUDA and the MCC by the Ministers in-charge of the district since many years to sort out issues to ensure their normal functioning, the ring road continues to be deprived of illumination and its users are facing untold hardships after nightfall. The road has become unsafe as darkness overwhelms the long stretches, limiting visibility on the carriageway.

The area around the ORR is seeing rapid development with a large number of residential areas coming up beyond the carriageway. This has made the six-lane road a key link.

A few residents of Bogadi and Vijayanagar ask, “Why cannot the government sort out the issue once for all in the interest of the motorists and the residents of areas adjoining the ORR since the local authorities have ignored the problems faced by the people in the absence of streetlights.”

The street lights function normally only when the festivities come. “Why cannot they function regularly and why cannot the government direct the local bodies to ensure their working regularly,” they asked.

When V. Somanna was the Minister in charge of Mysuru district, he ensured street lights function even after Dasara. But, they did not function for long and thereafter nobody cared.

Same thing happened when S.T. Somashekar was made Minister in-charge of Mysuru district, who intervened on receiving complaints of non-functional street lights.

The residents of Ananda Nagar and Kanakadasanagar said it was time to find a permanent solution to the issue since the road clean-up drive is underway. Mysuru MP Pratap Simha had said that the ORR will soon be undergoing asphalting with a sum of ₹ 160 crore sanctioned for the work and therefore the clean-up drive was taken up to facilitate the work. The service road too is expected to be asphalted.

With no clarity on who should operate the street lights and lack of will for resolving the issue, the problem continued to persist.

As the MUDA and the MCC continue to pass the buck on the responsibility of maintaining the lights, permanent illumination of the road continues to remain a non-starter.

Until the six-lane ORR was handed over to the National Highways Authority of India (NHAI), the MUDA was maintaining the road. After the road was transferred to the NHAI, the MUDA washed its hands off the job.

The MCC continued to argue that the street lights on the ORR were not its responsibility since its limits does not cover areas beyond the ring road.

The indiscriminate and illegal dumping of building waste and solid waste along many stretches of the road drove the clean-up exercise with a warning to dumpers not to discard waste on the road anymore. The MCC and the MCC have warned of slapping penalty on the dumpers besides booking cases against them.

Mr. Somashekar has told the local bodies to act strictly against the dumpers as the road cannot be used as a dump yard. 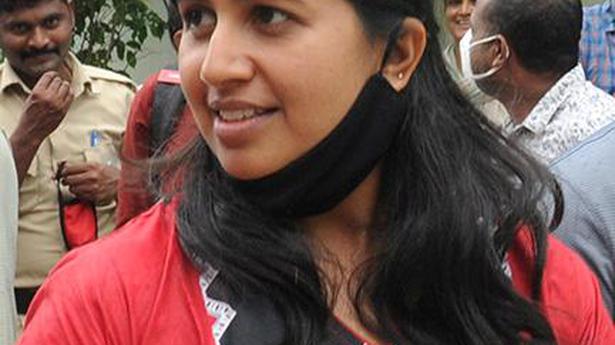