The party, which has reiterated that the alliance is intact, is receptive to the idea of adding more allies

The ruling AIADMK, which has been reiterating its stand that the composition of the alliance, formed by it at the time of the 2019 Lok Sabha election, is intact, is also receptive to the idea of taking more allies.

Though a cross-section of leaders of the party does not state publicly the factors influencing their organisation’s thinking, they are not oblivious to recent developments, such as veteran actor Rajinikanth’s decision to launch his party in January and Makkal Needhi Maiam (MNM) founder Kamal Haasan’s outreach to the former.

A few days ago, D. Jayakumar, Fisheries Minister and the party’s organisation secretary, went on record, stating that even some parties from the DMK alliance might cross over to his party’s camp.

K.P. Munusamy, deputy coordinator, when asked about the possibility of more parties joining the AIADMK-led front, replied that “circumstances and time would determine the situation.”

On Wednesday, Chief Minister and party co-coordinator Edappadi K. Palaniswami made it clear that “none of the parties [allies during Lok Sabha polls] have left us.”

Yet, the question regarding the retention of the current combination of the AIADMK-led front keeps coming up in public discourse, time and again, in the absence of an assertion by some of the major allies of the AIADMK, in this regard.

Even BJP State unit president L. Murugan, who said the relationship with the AIADMK continues, pointed out that the national leadership would take a call on the alliance and seat sharing for the Assembly election.

As far as other major allies are concerned, the Pattali Makkal Katchi (PMK) and the Desiya Murpokku Dravida Kazhagam (DMDK) have not made any categorical statements regarding the continuance of the alliance. DMDK treasurer Premalatha Vijayakant was reported to have said at a party meeting, recently, that the party’s position would be finalised at the general council meeting, to be held in January.

The Puthiya Tamilagam (PT), another ally of the AIADMK at the time of the Lok Sabha poll, is apparently not satisfied with the State government’s decision of recommending the retention of seven castes within the list of Scheduled Castes, and the provision of a generic name to the castes, if the post of its president K. Krishnasamy, on his Facebook account, is any indication. PT, which has been agitating for the deletion of the castes from the SC list, is, however, yet to spell out its stand in the Assembly election.

As for the Tamil Maanila Congress (Moopanar), the party seems to be sticking to its tie-up with the ruling party. 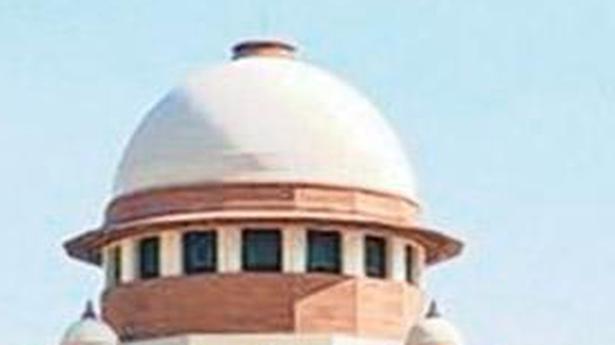