Karnataka
February 18, 2021 Divya Bharat 0 Comments BengaluruWistron, said Minister for Large and Medium Industries Jagadish Shettar on Thursday., the Taiwanese firm that makes iPhone for Apple Inc. at its Narasapura facility near Kolar, will resume production in the next few days


Wistron, the Taiwanese firm that makes iPhone for Apple Inc. at its Narasapura facility near Kolar, will resume production in the next few days, said Minister for Large and Medium Industries Jagadish Shettar on Thursday.

However, sources at Wistron told The Hindu that they had not set a date as yet. “We do not have a date as yet. Our top officials met the Minister to apprise him that we restarted the hiring process, improved our HR methodology, strengthened systems and processes, and started deploying adequate security measures at the factory,” said a source.

The plant has remained closed since mid-December 2020, when a section of workers at the plant went on a rampage over non-payment of their wages.

The sources said the company now has a new, more stringent documentation and verification process for hiring. “The company has realised that given the large-scale chaos that happened there has to be a lot of order and system,” said sources

Mr. Shettar informed a team of Wistron officials who visited him, led by company managing director Sudipto Gupta, that Karnataka was an industry-friendly State and that his government had been working hard to create a supportive environment for industries. “It is a matter of happiness that the re-appointment process has started at Wistron, and the production will soon resume. All required support will be given to the company by the government and the Industries Department,” assured the Minister.

The meeting was also attended by Gaurav Gupta, Additional Chief Secretary to the government of Karnataka, and Gunjan Krishna, Industries Commissioner. 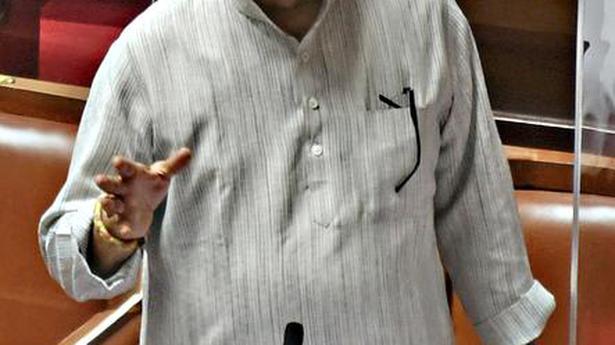