Karnataka
February 6, 2021 Divya Bharat 0 Comments inordinate delay in setting up an administrative machinery crucial to liaise between agencies has gone under the radar., Kalaburagi The ongoing legislature session has had the Opposition Congress repeatedly slamming the government for “neglecting” the Kalyana Karnataka region, while Chief Minister B.S. Yediyurappa has reeled out figures about funds sanctioned. However

Its chairman was nominated in July 2020; action plans, supposed to be approved by the board, are now going to the State government for approval

The ongoing legislature session has had the Opposition Congress repeatedly slamming the government for “neglecting” the Kalyana Karnataka region, while Chief Minister B.S. Yediyurappa has reeled out figures about funds sanctioned. However, inordinate delay in setting up an administrative machinery crucial to liaise between agencies has gone under the radar.

To this day, the Kalyana Karnataka Region Development Board (KKRDB), which was formed under Article 371(J) of the Constitution that offered Special Status to the region, remains paralysed, with no members appointed, except for its chairman.

As a result, even the action plans that are supposed to be approved by the board are now going to the State government for approval.

As per the regulations in force, the in-charge Ministers of Kalyana Karnataka districts, eight MLAs representing constituencies in the region, two MLCs representing the areas in the region, an MP representing a constituency in the region, the zilla panchayat president of a district in the region and a president or a Mayor of an urban local body would be nominated as members of the board on rotation for a specific period. During the H.D. Kumaraswamy-led coalition government, the board had all its members and the chairman nominated. However, the board got dissolved after the BJP government took over. But the new board is not yet constituted. Chandrashekhar Patil Revoor, MLA for Kalaburagi South, was nominated as its chairman in July 2020, exactly a year after the new government came to power. However, members are yet to be named.

“The board is an independent and autonomous statuary body that makes decisions on its own and obtains consent from the Governor. The government doesn’t have any role to play after the constitution of the board. Now, without the members, the chairman alone cannot take any decision and approve any action plan. That is why all the action plans are being directed to the Planning Department for approval. This goes against the spirit of hard-earned Special Status under Article 371(J),” Razak Ustaad, a leader of the Hyderabad Karnataka Horata Samiti, which was on the forefront of the people’s movement to seek the special status, told The Hindu.

Delay in getting funds

Meanwhile, inordinately delayed approval of the action plans and the resultant delay in obtaining funds from the government and implementation of the projects are widely attributed to the defunct board. Chittapur MLA and former Minister Priyank Kharge has raised this issue several times. Leader of the Opposition Siddaramaiah has written to Chief Minister B.S. Yediyurappa on this, but to no avail.

Till the end of December 2020, the government had approved only ₹1,131.86 crore for release against the budgetary allocation of ₹1,500 crore to the board. Of the approved amount, it released only ₹544.03 in two instalments. The KKRDB submitted the action plans for ₹ 952.22 crore, though the allocated amount was ₹1,500 crore, at the end of the third quarter of the financial year. 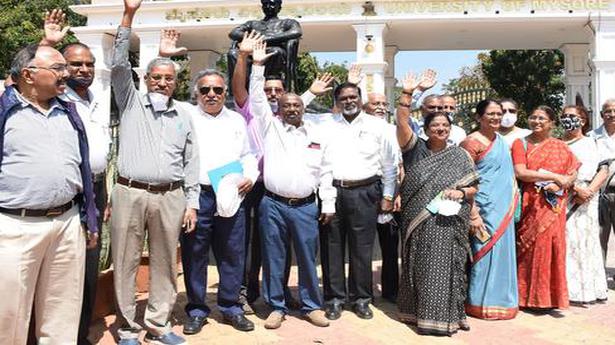 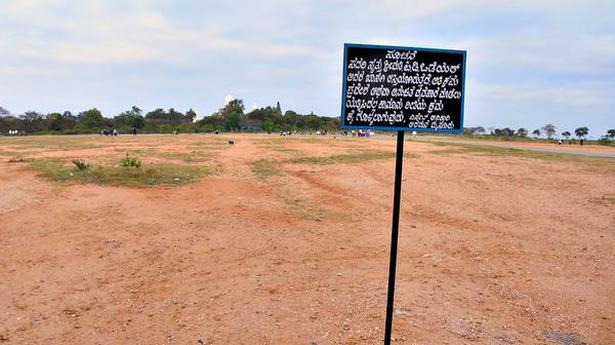