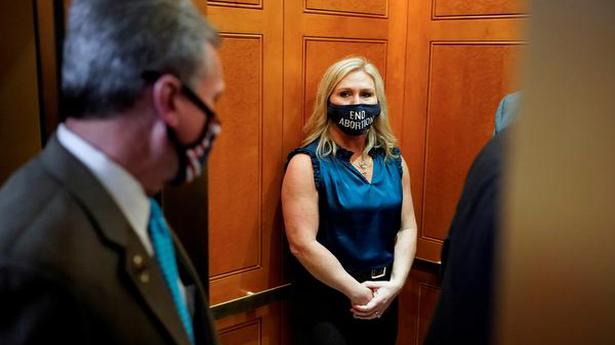 U.S. Republicans in Congress came under increasing pressure on Wednesday to take action against Marjorie Taylor Greene, a lawmaker who supported calls for violence against Democrats and unfounded conspiracy theories before taking office last month.

The Democratic-led House of Representatives will on Thursday vote on a resolution to remove Ms. Greene, a Republican, from her committee assignments, U.S. House Democratic Leader Steny Hoyer told reporters on Wednesday.

Republicans are weighing whether to discipline the free-wheeling Ms. Greene, an outspoken supporter of former President Donald Trump, and party establishment lawmaker Liz Cheney, the No. 3 House Republican who last month voted to impeach Trump.

The 211 House Republican lawmakers were scheduled to hold a private meeting later on Wednesday to discuss the controversies.

If they choose to strip Ms. Cheney of her leadership role or remove Ms. Greene from committees to which she is assigned, Republicans would send a powerful message about the party’s future and, potentially, that of Mr. Trump within it.

Ms. Greene has come under bipartisan fire for inflammatory support of conspiracy theories and online calls for violence against Democrats in recent years before she was elected.

Next Tuesday, the U.S. Senate is due to begin Mr. Trump’s impeachment trial on a House charge of inciting the January 6 storming of the Capitol by his followers in which five people died and members of Congress scrambled to safety.

Ms. Cheney was the highest ranking Republican in the House to vote to impeach Mr. Trump after the attack on Capitol Hill.

Ms. Greene has faced bipartisan criticism, including from Senate Republican Leader Mitch McConnell, who warned against “looney lies and conspiracy theories” that he said “are a cancer for the Republican Party and our country.”

Last week, CNN reported that she had also approved of calls for violence against Democratic lawmakers, including House Speaker Nancy Pelosi.

“If these statements are accurate — and do in fact reflect her views — they are troubling,” Republican Senator Lindsey Graham, a staunch Trump ally, said on Tuesday in a series of tweets urging her to clarify her positions publicly.

House Republican Leader Kevin McCarthy is being pulled in opposite directions from members of his rank-and-file, who have been riven for months over Mr. Trump’s insistence, without evidence,that the 2020 election was “stolen” from him.

“I’m the Democrat mob’s public enemy number one,” Ms. Greene said in a tweet on Tuesday.

In retaliation, a group of House Republicans said they would attempt to instead strip Democratic Representative Ilhan Omar of her committee assignments. Republicans cited Ms. Omar, a Somali-born Muslim, for controversial statements viewed as anti-Semitic. Ms. Omar has apologised for some of her remarks.

Aides to Ms. Omar had no immediate comment on the Republicans’ move.

In early 2019, then-Representative Steve King was stripped of his committee assignments after the long-time Republican lawmaker was found to have uttered racist comments. Mr. King was defeated in a Republican primary election last June.

Sena, Congress hit out at VBA for protesting in midst of pandemic 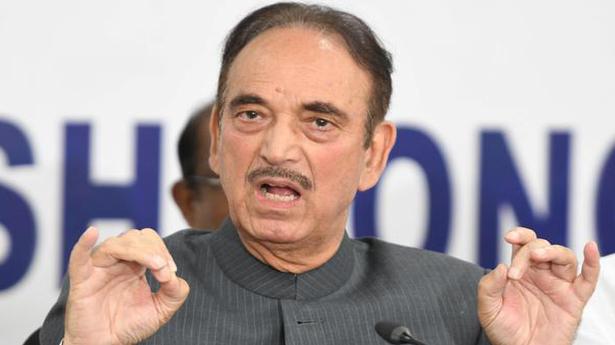 One thought on “With party’s future on the line, U.S. Republicans battle over Marjorie Taylor Greene”