CPI general secretary D. Raja has appealed to the Centre to withdraw the decision to privatise Visakhapatnam Steel Plant (VSP).

In a letter to Prime Minister Narendra Modi, Mr. Raja strongly condemned the decision to implement 100% strategic disinvestment of the VSP by way of privatisation. He noted that if the move was allowed, the private investor would grab 23,000 acres of land, belonging to the steel plant. The government has not made any effort to explore all possibilities to run the plant. No iron ore mine has been allocated to the VSP, while private steel plants were sanctioned mines.

The CPI general secretary also noted that the State government has also appealed to the Union government to reconsider the decision to honour the sentiments of the people of Visakhapatnam and the State. The CPI demands that the Centre cancel the approval of the Cabinet Committee on Economic Affairs (CCEA) for privatisation of VSP and immediate allocation of iron ore mines to the plant, Mr. Raja said. 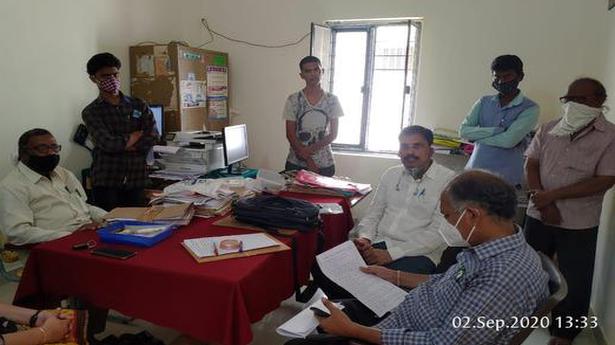