Police arrested five persons including a woman and also took a minor into custody for their alleged involvement in two different property offence cases, here on Wednesday.

In one case, the police arrested R. Revathi (29), her husband R. Visweswara Rao (30), and her brother B. Vinod Kumar (26), all hailing from Srikakulam district and living in Yendada, for allegedly stealing a bag containing valuables worth ₹1.50 lakh including a diamond necklace from a car that was parked in the parking lot of a hotel near Beach Road.

Deputy Commissioner of Police (Crime) V. Suresh Babu said that all the three are educated persons. Visweswara Rao is a B. Tech graduate and runs a food truck at MVP Colony. Revathi who finished her MBA is a homemaker, while her brother Vinod Kumar graduated with a degree in BBM.

The DCP said that on February 14, a woman from Seethammadhara left her bag in her car at a parking lot in a hotel near Beach Road. Though she locked the car, she failed to close the front window. After returning from the hotel, she found the bag missing and lodged a complaint with he police. The DCP said that when they checked the CCTV footage of the hotel, they found a woman and two men taking the bag from the car. The police also tracked down the vehicle number of the trio and arrested them from their apartment in Yendada, he said.

In another case, police arrested two youth named B. Dinesh Kumar (21) and S. Pavan Kalyan (20) and also took a minor into their custody for allegedly stopping a truck near Narasimha Nagar, assaulting the driver and robbing him of ₹9,000 cash.

Mr. Suresh Babu said that the three persons occasionally do catering work. They are addicted to liquor and other vices, the police officer added. 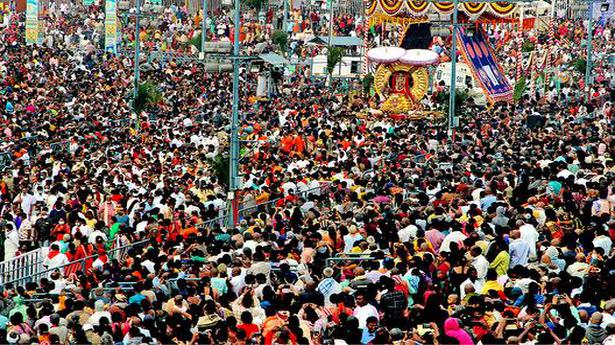