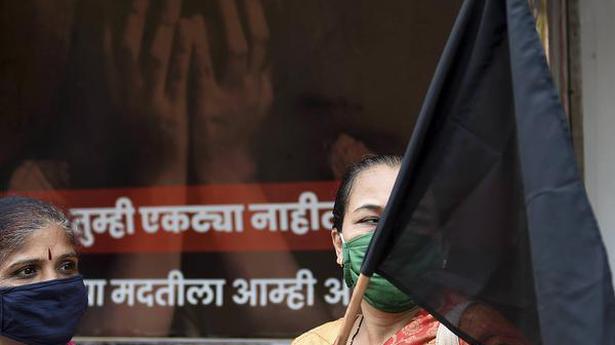 When she resisted, they beat her up and smashed her head against the wall causing injuries, says police.

A young woman was allegedly gang-raped by four men and brutally beaten up causing head injuries in DLF Phase-II in Gurugram in the early hours of Sunday. All the accused, including three delivery boys, have been arrested.

One of the accused met the woman near Sikanderpur metro station late on Saturday night and the two then walked to the office of a realtor on Bougainvilla Marg. “When the woman reached the house, she found three men were already present inside. The four then allegedly took turns to rape her. When she offered resistance, they beat her up and smashed her head against the wall causing injuries,” said Assistant Commissioner of Police, DLF, Karan Goyal.

The four left the women inside the house and fled. A team from the local police station took her to a nearby private hospital for the first-aid after the security guards in the area called the Police Control Room around 1 a.m. She was then taken to Civil Hospital and later referred to Safdarjung Hospital in Delhi. The woman is stable and able to talk.

Mr. Goyal said the accused, who took the woman to the house, worked at the realtor’s office and had the keys to the building. The other three work for food delivery apps. “All four are aged between 20-25 years,” said Mr. Goel.

He said the police had contacted the woman’s sister.

A case has been registered at DLF Phase-II police station in this connection. Chennai birders go on a guided walk around Pallikaranai marshland