Thanks to the gentleman deferred to as ‘VC’ at the TOI empire, I came to know that my fun with words had the grand label of ‘neologisms’. Thanks to my friend, Shashi, I’m putting down a few; she had been after me to ‘make it known some way that you thought of them first’. Inventers have patents, hacks only have their columns. If there’s any dispute over my original authorship, I can also solemnly swear that, like Roger Bacon’s gunpowder vis-à-vis ancient China’s, my made-up word was an independent invention.

‘Foeticide’. As the person assigned to writing the edits on Population at The Statesman through the 1980s, I was the one holding the baby when the lid blew on this predated version of female infanticide; the scientific tool of amniocentesis had become a murder weapon. So I came up with the admittedly obvious term. In defence of my first-mover claim, why would anyone anywhere else have needed to coin a word for a heartless practice which began in India? Unlike ‘selfiecide’, which I had come up with more recently, only to be told that I’d been beaten to it. Similarly with ‘netarati’, in lower-case describing ditto politicians.

‘Doberwoman’ returned to bite me. That’s how I had referred to the secretary guarding JRD’s inner sanctum. Years later, a lady came up to me and said in injured tones, “I was Mr Tata’s PA.” Mercificully, my homeopath didn’t dose me with Arsenic Alb after being called a Hahnewoman.

When the city was renamed in 1995, I conjured up ‘Bom-babe vs Mum-bai’, and kept using it as handy shorthand. Till this April, when it triggered vicious trolling and threats. That column was on how much we were missing our part-time help during lockdown, but it was misrepresented as branding all Maharashtrians as domestic ‘bais’. No, ‘Cele-babes’/ ‘Glitzens’ hasn’t unleashed the same ‘Rabid Action Force’.

Covid facilitated ‘panicdemic’, Pujo-time ‘pandalemic’, ‘pharmoury’, Corona-dhona and the mourning flagged by ‘half-mask’. Social distancing deprived us of ‘friendsing’. Similarly, ‘himmuno-deficiency’ was an absence of access to BFs. Trump’s all-powerful rampage through a stricken US, made him ‘OmniPOTUS’.

Challenge me on my claims, I love wordy opponents.

Same-sex union: Fight on for an equal marriage 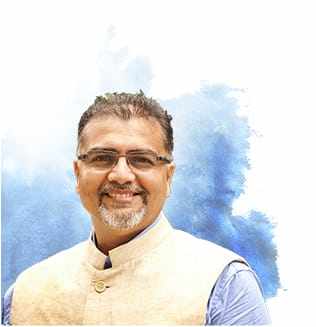