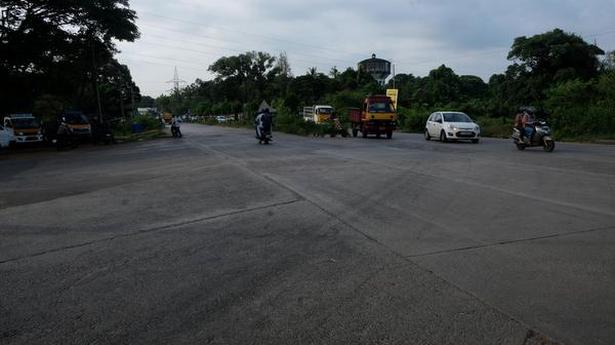 The airport and seaport extensions of the Seaport-Airport Road that was commissioned over 16 years ago remain a far cry, mainly due to hassles associated with land acquisition in the airport extension and inordinate delay by PWD (NH wing) in realising the Thripunithura bypass.

The Roads and Bridges Development Corporation of Kerala Limited (RBDCK), which developed the 11.5-km Seaport-Airport Road from HMT Junction to Irumpanam and also widened the 2.5- km HMT Junction-Bharata Mata College stretch as four lane, had handed over the stretch to the PWD a year ago. The widening of the rest of the stretch and installing of 400 solar powered streetlights is expected to cost around ₹200 crore.

The RBDCK is currently engaged in extending the road to the airport. Inordinate delay plagues the construction of HMT-Naval Armament Depot (NAD), the 6.5-km NAD-Mahilayalam and the 5-km Chowara-Cochin International Airport stretches.

The hearing in connection with the social-impact assessment (SIA) prior to acquiring land for the NAD-Mahilayalam stretch was held on Thursday. This would be followed by an expert committee taking a call on the process, followed by issuing of notifications to acquire land.

The NAD has demanded widening of its approach road from Kalamassery, apart from the value of 5.3 acres of land that it would have to surrender. The HMT too has sought compensation to surrender 4 acres, although it forms part of the land that the State government had handed over to it free of cost. As per rules, the government can take back land handed over free of cost to an agency if it did not ready an industrial activity within 10 years. This period expired long back, official sources said.

The construction of the NAD-Mahilayalam stretch is pending, although KIIFB had earmarked funds.

The seaport extension of Airport-Seaport Road hinges on PWD (NH wing) constructing the long-overdue Thripunithura bypass, through which motorists can reach Kundannoor Junction on the Edapally-Aroor NH Bypass. This would form an inner ring road in Kochi, decongesting NH Bypass and also the Edapally-Angamaly NH corridor. The NHAI’s proposed Kundannoor-Angamaly NH Bypass would constitute an outer ring road around Kochi, they said.