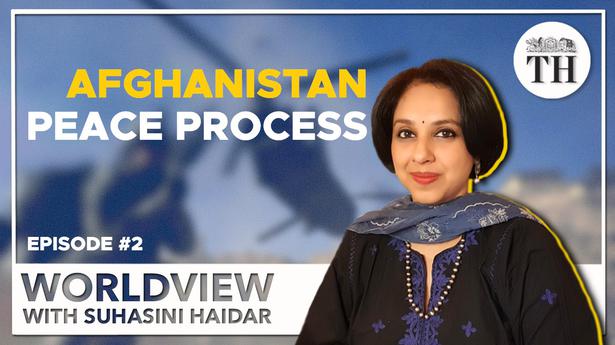 In this episode of Worldview, our Diplomatic Affairs Editor Suhasini Haidar takes a look at the ongoing peace process in Afghanistan. The US struck a deal with the Taliban in 2020, to begin withdrawing its troops in return for security guarantees and a commitment to kickstart peace talks with the Afghan government.

But violence across the country has surged despite the Afghan and Taliban sides engaging in those talks since September. The peace talks have been suspended for nearly a month now. In light of recent developments, US President Biden must decide whether to abide by the Trump administration’s commitment to pull all troops by May 1.

Also Read | In conversation with Peace Council Chief Abdullah Abdullah and Fawzia Koofi, a woman negotiating with the Taliban

On the other hand, India is stepping up its support for Afghanistan. Prime Minister Narendra Modi and President Ashraf Ghani recently held talks virtually and the government signed a long pending agreement to build the Shahtoot Dam. The question is what’s next – for Afghanistan and its future ties with India?

Mutant strain of virus to be studied in Jaipur