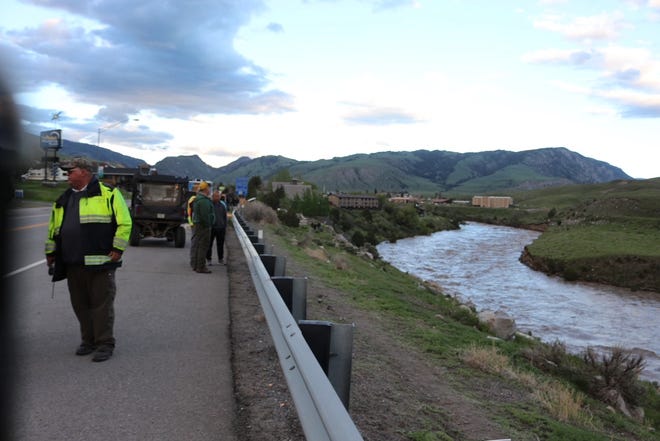 
GARDINER, Mont. — Yellowstone National Park indefinitely closed all entrances and began evacuating some visitors on Monday after heavy rains led to flooding and rockslides that washed out roads and at least one bridge.

Visitors in the northern part of the park were being evacuated due to “extremely hazardous conditions” following  “unprecedented” rainfall, according to a news release.

“Effective immediately, there will be no inbound visitor traffic at any of the five entrances into Yellowstone National Park on Tuesday, June 14, and Wednesday, June 15, at a minimum,” the release said.

Power was also out throughout the park, as well as in Gardiner, Montana. .

Numerous park-owned structures, including a 10-person bunkhouse, have been swept into the water after the riverbank gave way beneath them, said Austin King, a firefighter, and EMT in Gardiner. He woke at 1 a.m. Monday to the sound of his pager beeping and hasn’t stopped working since.

A few wood planks remained where the bunkhouse once stood behind him. All of its occupants escaped with few of their possessions, King said.

He fielded questions from tourists who lined up along the side of the road, anxious to know when they might leave Gardiner. Roads leading in and out of the town were all closed as of Monday evening.

“It’s pretty damaging for a lot of people,” King said. “Some have lost their houses; others can’t go to work. People are worried about food shortages already.”

There is no hospital or clinic in Gardiner, he added. Anyone with a medical emergency will need to be evacuated by helicopter.

More evacuations of visitors were planned through the day, Park Superintendent Cam Sholly said in the release.

“Due to predictions of higher flood levels in areas of the park’s southern loop, in addition to concerns with water and wastewater systems, we will begin to move visitors in the southern loop out of the park later today in coordination with our in-park business partners,” he said.

Sholly added, “We will not know timing of the park’s reopening until flood waters subside and we’re able to assess the damage throughout the park. It is likely that the northern loop will be closed for a substantial amount of time.”

The National Weather Service issued a flood warning Monday for Yellowstone, where rain was forecast to fall into the evening before turning to snow in the overnight hours.

‘THIS IS SERIOUS HEAT’:Millions under heat wave warnings as triple-digit temps move east

The rains hit right as summer tourist season was ramping up. June, at the onset of an annual wave of over 3 million visitors that doesn’t abate until fall, is one of Yellowstone’s busiest months.

Yellowstone got 2.5 inches of rain Saturday, Sunday and into Monday. The Beartooth Mountains northeast of Yellowstone got as much as 4 inches, according to the NWS.

“It’s a lot of rain, but the flooding wouldn’t have been anything like this if we didn’t have so much snow,” said Cory Mottice, a meteorologist with the National Weather Service in Billings, Montana. “This is flooding that we’ve just never seen in our lifetimes before.” 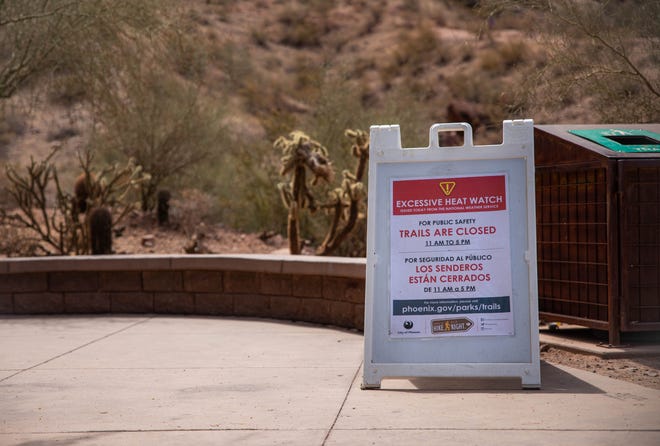