The Arab country said that Houthi rebels and their Iranian backers are an obstacle to peace in an apparent defense of Saudi military involvement in Yemen.

On Thursday, Mr. Biden announced the U.S. was ending support for the grinding Saudi-led war in Yemen. The five-year conflict has killed some 1,30,000 people, including over 13,000 civilians, and resulted in the world’s worst humanitarian crisis.

“We will deal positively with the attitude of the new U.S. administration, which wants to end the conflict in Yemen,” Mr. Bin Mubarak told The Associated Press on late Thursday.

“This has always been our goal since the war started, and we dealt positively with all UN initiatives in the past, but we are always faced with the intransigence of Houthi militias and Iran’s agenda in the region,” he said.

Houthi spokesman Mohamed Abdel Salam tweeted on late Thursday that peace would not be achieved until “the aggression was brought to a halt and the siege was lifted.”

Yemen’s war began in September 2014, when the Houthis seized Sanaa and began a march south to seize the entire country. Saudi Arabia, along with the United Arab Emirates and other countries, entered the war alongside Yemen’s internationally recognised government in March 2015.

Mr. Biden announced an end to “relevant” U.S. arms sales but gave no immediate details on what that would mean. The administration already has said it was pausing some of the billions of dollars in arms deals with Saudi Arabia and the United Arab Emirates, Saudi Arabia’s main partner in its Yemeni offensive. The U.S. has sold bombs and fighter jets to Saudi Arabia that the kingdom later used in strikes on Yemen killing civilians.

Mr. Biden also called for a cease-fire, an opening of humanitarian channels to allow more delivery of aid, and a return to long-stalled peace talks.

Saudi Arabia has been conciliatory in its response to rebuffs from Mr. Biden, who as a candidate blasted the kingdom’s current rulers for rights abuses and as President has made clear he intends to distance his administration from Saudi leaders.

However, the Biden administration also says it will help Saudi Arabia boost its defenses against outside attacks, as part of maintaining key security, counterterrorism and military ties. Saudi state media focused on that part of Mr. Biden’s announcements on Thursday.

The Yemeni government also welcomed Mr. Biden’s decision to appoint Timothy Lenderking as special envoy to Yemen, hailing it as another “important step” attesting to the U.S. commitment to end the war, according to a statement from Yemen’s state-run SABA news agency. 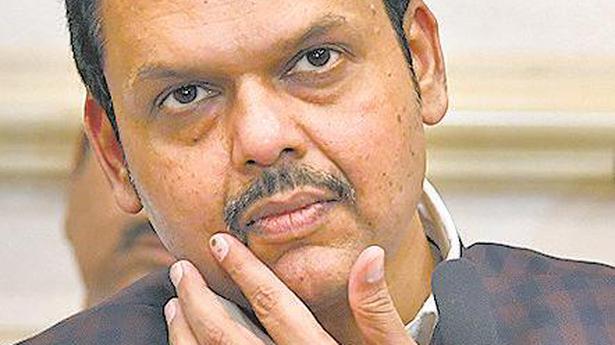 Grenade hurled at gate of Raj Bhavan in Imphal