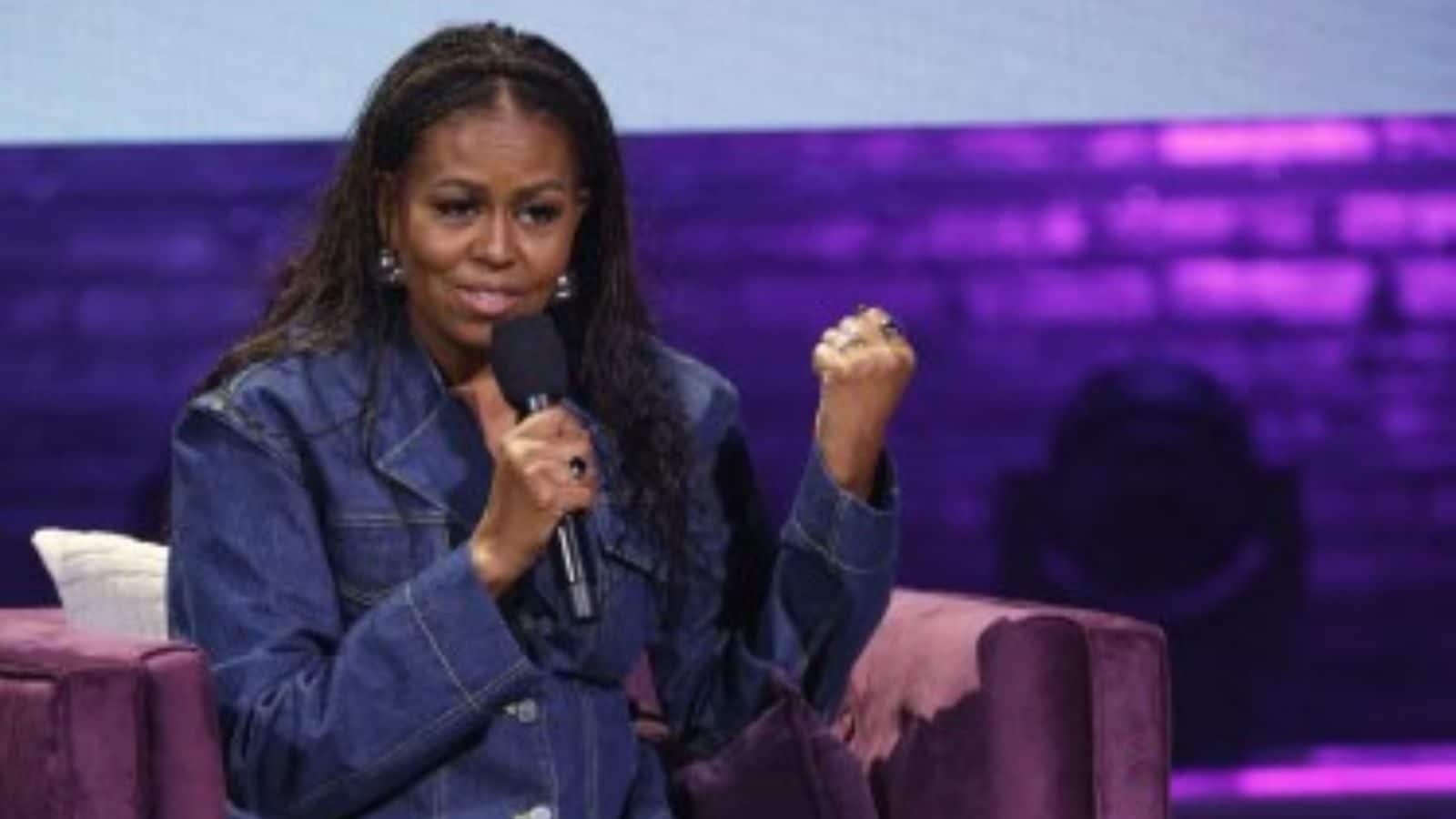 
Michelle Obama has just released a new book titled ‘The Light We Carry, Overcoming in Uncertain Times’. Published by Penguin Random House, this is the third book penned by Michelle Obama. This book aims to give us hope, acting as a tool of sustenance in times of despair and tribulation. Following her critically acclaimed memoir, the new book contains tidbits of wisdom from the former First Lady on how to remain hopeful and balanced in the highly volatile and tumultuous world.

“When we are able to recognize our own light, we become empowered to use it,” she writes.

Anyone who has read her second book “Becoming” would know of her father’s tough battle with Multiple Sclerosis as well as the toll it took on her entire family. This book also aims to give us a new perspective on how miserable she felt in the aftermath of that knowledge.

“We were starting to understand that Dad’s illness left us more vulnerable as a family, less protected.” This line from the introduction to her new book aptly reflects that tumultuous period in her life. While the struggles may be real, Michelle Obama shares “You fall, you get up, you carry on,” which seems to be the resounding theme of this book.

In what could be considered a follow-up to her previous title, ‘Becoming’ Michelle shares wisdom and tips on how one can stay calm and happy in today’s world which is filled with so much uncertainty and despair.

This book offers a fresh set of stories, and insights on challenges, power and how they can affect us overall. For ‘The Light We Carry,’ Michelle Obama has drawn from her experiences as a mother, a daughter, a friend as well as a first lady. These have helped shape some of the habits that have made her overcome most of her struggles in life.

She also speaks about the several incidents that changed the world in the last few years including but not confined to the COVID Pandemic, the presidency of Donald Trump and the attack on the Capitol by his supporters in January 2021.

Michelle Obama is currently on a packed book promotional tour that runs till December 13. The final episode of this tour will be held in the YouTube Theatre in Los Angeles CA and moderated by none other than Oprah Winfrey. Apart from ‘The Light We Carry’, and ‘Becoming’, the former First Lady of the House has also written ‘American Garden’ giving us new insights into the White House Kitchen Garden, opening a dialogue on health and nutrition.