Many youngsters, some of them first-time voters, who settled at various places reached their native habitations to exercise their franchise during the third phase of the gram panchayat elections in the Polavaram project affected area.

Students pursuing higher education at far-off places and those who landed jobs in government departments, Multi-National Companies, and private firms descended on their hamlets in advance for the elections in the Agency area on Wednesday.

“Our fathers and forefathers had lived on the banks of the Godavari. We were born in the tribal heartland and brought up in the forests. It is very difficult to digest the fact that our habitations will disappear soon due to the Polavaram project,” they bemoaned while reminiscing their childhood.

Many young tribal people were seen standing in serpentine queues carrying the Electoral Photo Identity Card (EPIC) and Aadhaar card at the polling stations at Katkuru, Tekuru, Koida, and Mediaplli in Velerupadu mandal and at Kukunoor, Kivvaka, Thondi Paka, Vinjaram and other habitations in the Kukunoor mandal.

“Thousands of young voters arrived from Chennai, Bengaluru, Delhi, Hyderabad and other cities to vote for the last time in their native palaces and have a look at their habitations,” R.V. Suryanarayana, K.R. Puram ITDA Project Officer, told The Hindu.

About 1.03 lakh project-displaced families will be shifted under the Polavaram Relief and Rehabilitation (R&R) package in East and West Godavari districts. The government has already shifted the villagers from 17 habitations in the two districts.

“I completed schooling here and I am pursuing my PG course at a college in Rajamahendravaram. I came in order to not miss the opportunity to exercise my franchise for the last time in the village,” said M. Swathi of Velerupadu mandal.

Another voter from Kukunoor, P. Karthik, who works in a private company in Hyderabad, has come all the way to vote in his native village.

“We had played on the banks of the Godavari. We used to go into the forest along with our grandparents to collect the forest produce. Every plant has medicinal value in the Agency area. We used to organise ‘jatara’ for the tribal goddesses. The water and air are pure in the forests. It is unbelievable that our villages will vanish now,” said the voters belonging to the Koya and Kondareddy tribes.

“More than 85% voters turn up in many habitations in the Agency area,” Mr. Suryanarayana said. 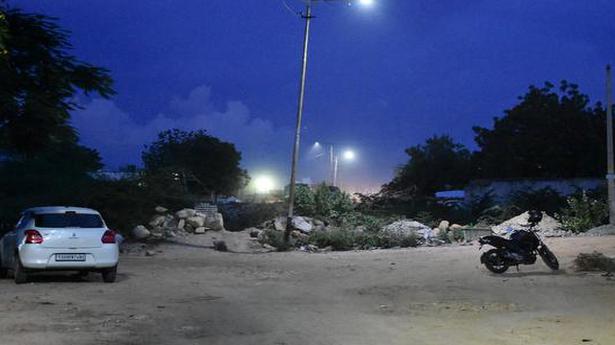