The Moolaikkaraipatti police have arrested a youth for allegedly murdering his mother-in-law with the help of his associates and stealing her valuables worth about ₹ 5 lakh.

P. Vadivu, 65, of Jeganathapuram near Nanguneri was found dead in her house on July 13. Since she was suffering from a few ailments, his son P. Thirumalai Nambi, 36, who is living separately in the same village, informed his relatives about it. The body was cremated. When Mr. Thirumalai Nambi checked the gold ornaments his mother was wearing, he found that 13 sovereigns of jewels were missing. After Vadivu’s neighbours told him that his brother-in-law Kallaththian, 37, who is living in Naduvaikurichi near Palayamkottai with his wife and Thirumalai Nambi’s sister Parameswari, and a few unidentified persons had visited the house of Vadivu on July 12, he grilled Kallaththian about his visit to his parents’ house.

As Kallaththian gave contradicting reply, Thirumalai Nambi filed a complaint with the Moolaikkaraipatti police station about the mysterious death of his mother and the missing of her valuables. When the police picked up Kallaththian for inquiry, he reportedly confessed to the investigators that he, with the help of a few associates, had murdered Vadivu by strangulating her to death and stole the valuables. Subsequently, the police on Saturday arrested Esakki Raja, 26, of Naduvaikurichi, C. Murthy, 29, and J. Antony, 32, of Keezhanaththam, all associates of Kallaththian. 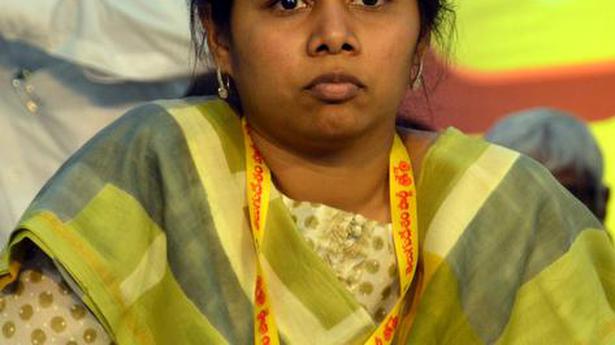