Accusing the ruling YSRCP of trying to appease Muslims in the Nandyal family suicide case, BJP State president Somu Veerraju has said it is unfortunate that the State government had got Circle Inspector Somasekhar Reddy and head constable Gangadhar arrested on charge of abetting suicide of the family members of Abdul Salaam, without considering the fact that the policemen were investigating the case in which the deceased auto driver was a suspect.

“The YSRCP gave in to the pressure from the Muslim community and cases were registered against the policemen who were doing their duty. TDP leader N. Chandrababu Naidu has raked up the controversy by calling for an agitation. It is evident from this episode that the YSRCP and TDP are resorting to vote bank politics,” Mr. Veerraju told the media here on Monday.

He further said that the BJP was accused of doing politics in the name of religion when it raised its voice on issues related to the TTD and questioned the Antarvedi temple chariot burning incident. “The BJP will continue to speak on the matters concerning the Hindus,” he said.

Referring to the Tungabhadra Pushkaram, the BJP leader said the government had imposed curbs on bathing at the river ghats built at a cost of nearly ₹200 crore during the pushakaram, beginning November 20. “Instead of preventing the devotees from having the holy dip in the river in the wake of COVID-19, the government should let the festival go on smoothly by taking the necessary measures,” said Mr. Veerraju.

Mr. Veerraju said that the Central government would sanction funds to the Polavaram project, but not before letting the people know how the TDP and the YSRCP governments got benefited by jacking up the costs.

“The YSRCP government should probe into the alleged irregularities that took place during the TDP regime and be fair about the financial implications of the national project. Both parties owe an explanation on how the project cost went up to around ₹50,000 crore from ₹28,000 crore,” Mr. Veerraju said, saying that both the contractors to whom the project was awarded were not above suspicion.

He alleged that Mr. Chandrababu Naidu had no intention to build the Polavaram project. “Instead, the TDP president had got two lift irrigation schemes constructed in East and West Godavari districts. It was only at the behest of the BJP that Mr. Naidu undertook the ambitious project,” Mr. Veerraju claimed.

Expressing concern over the ‘rampant red sanders smuggling’ in the State, the BJP leader said the DSP heading the task force was inactive. 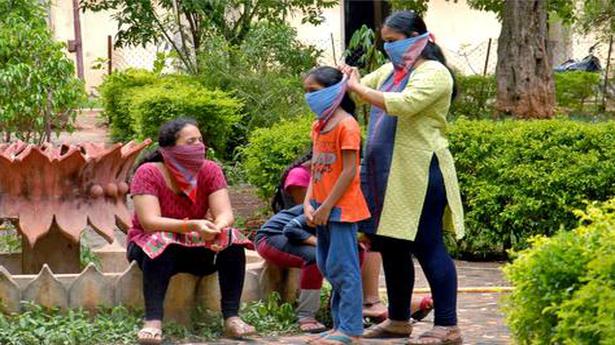